Authors! A Sticky Situation! or Turn The Page!

A few weeks ago, actually Friday, the day before my birthday, I spent the day with Cindy, my sweet sister, in Fredericksburg. And I had a total blast.

Even though we practiced safe social distancing, we ate our lunch (I had the What-A-Burger Hatch Green Chili Cheese Burger which was totally delicious.) at a picnic table in the park.

During our fun visit Cindy gave me a birthday present book, A Reckoning In The Back Country by Terry Shames. 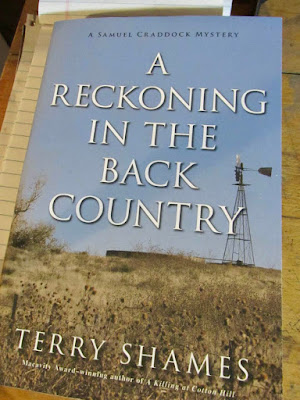 While Cindy was telling me about this famous author and her books with Texas themes, a nice man pulled up to the curb and parked his old truck near us. Then he and his elderly dog got out of the pickup and they went for a walk around the park.
By the time the man and his faithful companion had returned to their truck, I was telling Cindy about The Cowboy Way, which is one of my favorite movies and I strongly suggested that she watch it, because Woody Harrelson and Keifer Sutherland starred in this drama/comedy 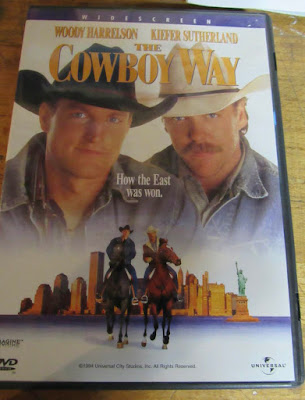 Pot Pies! or Little People! or Head In The Sand!

I have had fun this weekend. Yesterday, while listening to my favorite music—I worked on my mural and it is almost finished. Here is where I am at so far. 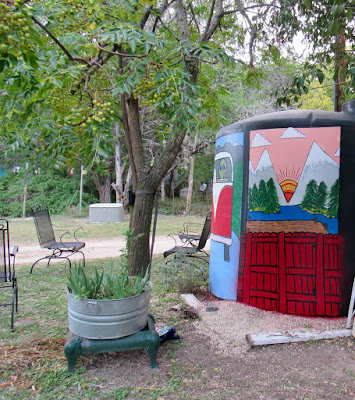 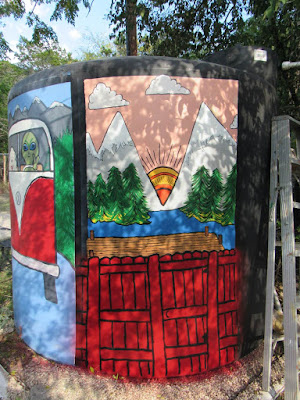 This morning while Tony was at work I decided to make some yard art, because I was thinking about my sweet mom and how much I miss her and would love to talk to her.
Actually, I wanted to talk and laugh with her about the time, in the 60's during the holiday season, when my family (all six of us) had to eat pot pies for dinner almost every night for about two weeks. Then we found out why, because after that "Swanson Marathon," while we were at school, Mom single-handedly hung up all of those pot pie tins in our front yard trees. 6 X 7= 42. Times 2 = 84 pot pie tins. Seriously, our front yard trees looked like they had been wrapped in foil instead of toilet paper.
I remember it, because all of my friends teased me about how funny/stupid they looked blowing in the wind and banging against each other.
So I would have to tell my friends and concerned citizens that Mom had read this magazine article about "decorating for the holidays on a budget" by hanging pot pie tins in the trees and then plugging in a Christmas tree color light wheel (red/blue/green/yellow) that would shine on them at night..."
The sad thing was Mom never purchased the "wheel of lights" probably because she had broke the budget from buying so many Swanson pot pies for us to eat.
Bottom   Line: My family all got a big laugh about her DIY holiday-yard-art decorating and our neighbors teased Mom about it every Christmas for many, many years.
Anyway, today I made all kinds of yard art using useless kitchen utensils, flower pots, old birdhouses, paint, wire, bells, broken lamp, cd, latches, horseshoe, etc. and like Mom I am proud of them all and Tony thinks they look really cool, too. And here are some pictures of them. 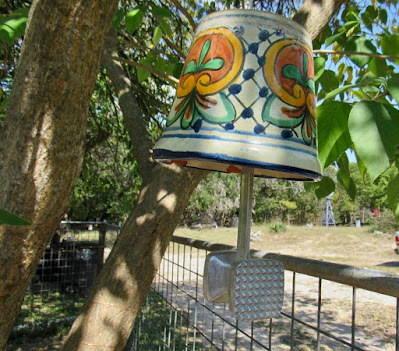 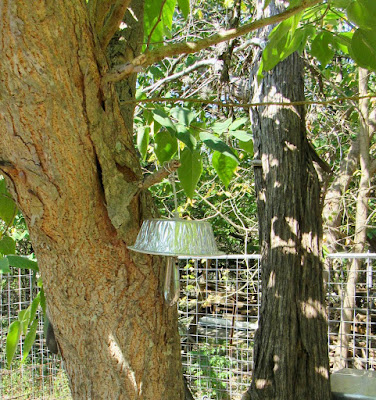 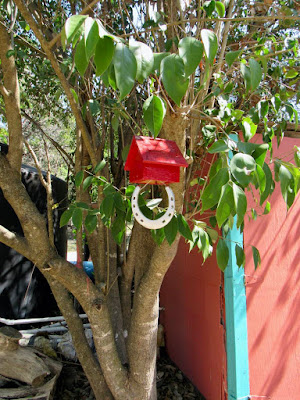 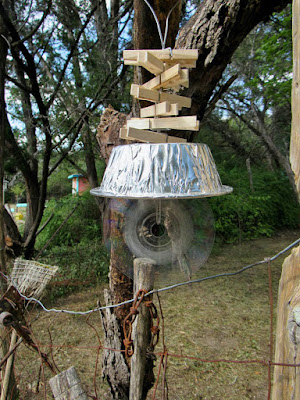 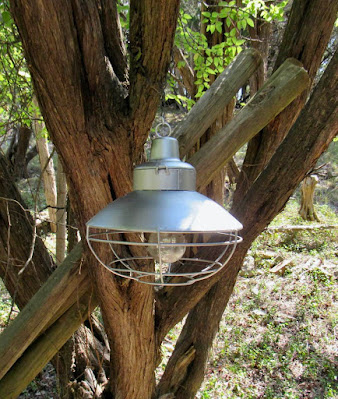 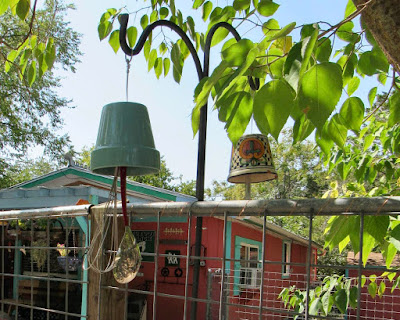 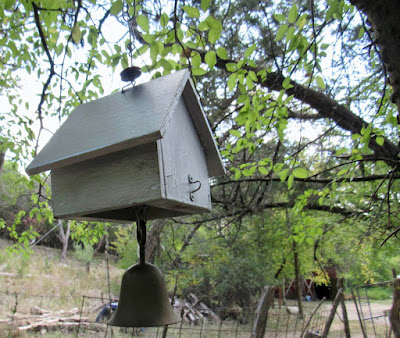 And when I finished my art project, I cleaned up and recycled the useable pieces of my broken (Henry did it) "circle of life" and placed them around the yard.
This first picture is what's left of the little people. And in Henry's mad-dash across the yard this afternoon, one figure got broken in half, one got decapitated, one lost 1.5 arms and one lost both arms. 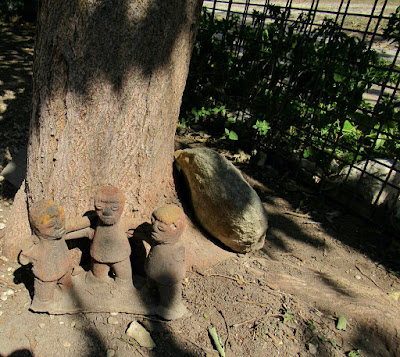 I popped the head in the sand, and placed the armless figure outside the pot and I used what was left of the original base and placed an interesting rock on top of it. 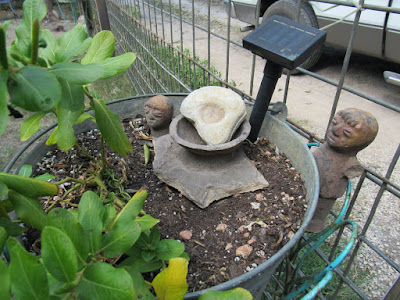 Here's the figure with just 1.5 arms. And he doesn't look very happy about it. 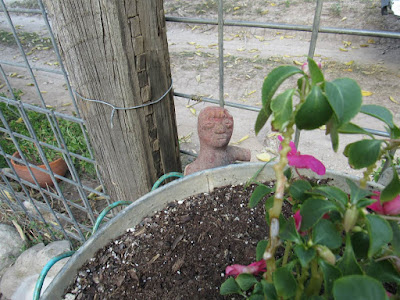 Now I must go outside, because I want to get some mowing done before enjoying happy hour with Tony and our four, non-alcohol-drinking, faithful companions.
Y'all have a great evening and keep on laughing!
Posted by cousin nancy at 5:13 PM 2 comments: