This afternoon Tony and I went to Kerrville. Our first stop was at Gibson's so I could buy a knife magnet like Carol and Rick have. I was thrilled when I found the knife magnet and then I took off looking for  Tone because he had forgotten to bring his cell phone and I am glad that he did. 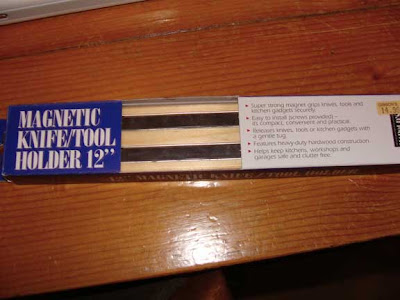 When I passed an isle I heard loud laughing and I looked around to see who it was or should I say what it was. It was the cutest stuffed toy that had a light sensor built into it. I couldn't quit laughing as I watched this little pink pig moving its tail and mouth while wildly rolling around on the floor. Then T. found me and started laughing with me, and then he bought one for me! 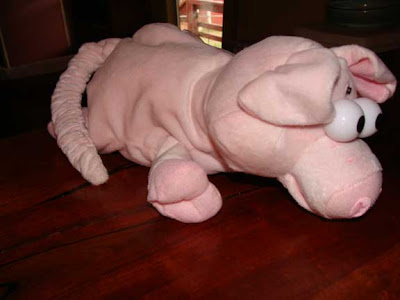 Our next stop was at Walmart and we speed-shopped. The first thing we put into our cart was a seed starter kit because I wanted to go ahead and plant my Heirloom seeds for the upcoming garden and then we went to electronics so I could buy 400 minutes for my Tracfone. The reason I bought 400 minutes is because I will not have to renew it for a year.
After I paid for the airtime minutes I asked the young man if he could please help me and add the minutes to my phone. After he added the minutes for me we grabbed cat food for Lucky, batteries for my  laughing animated pig and then we checked out.
On our way to Buttermilk I told Tony that I now had over 900 minutes was so glad that the nice clerk had added the minutes for me. "He didn't want to do it, Nance," Tony said. "When you asked him, he rolled his eyes and it really made me mad and I thought about..." Before pulling out of the parking lot Tony inserted the batteries into my new stuffed toy and I read the directions on the box on how to operate my pink pig as we headed home. "Tony this is so weird! It says: Our toys are hand made with love and Italian design. Made in China. What?" We both started laughing and here is a picture to prove it.

On the way home I decided to turn on the pig as we started up the pass and that was a big mistake. As it wildly swung its tail and moved its mouth in my hands while laughing nonstop, I could not turn it off. Tony was laughing like a wild man as I wrestled with it in the front seat. I finally was able to turn it off when we turned off of Highway 16 and Tone teased me about it all of the way home.
When we got inside the first thing we did was show it to Hank, Toto and Thunder to get their reaction and I made a short one minute video of it and named it—Pig Tails and the pig is the only one laughing in the video clip. After I shot the funny video Tony fought with it for over a minute trying to turn it off. Then he went back into his office to do some farming while I planted real seeds in the kitchen. 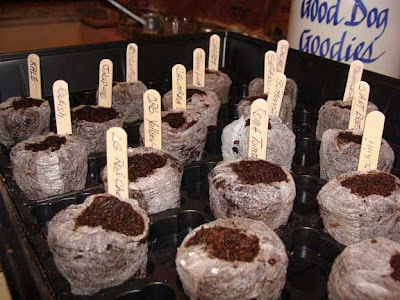 The Academy Awards is on and I am going to watch it. Tomorrow I plan to go over to the Lodge and show Kinky my new pink toy in action.
Y'all have a great evening.
Posted by cousin nancy at 7:41 PM

Thank's for the video, words could not have discribed that pig, if I see on at Wally World, I'm buying it!