I Think It Is Weird!

Today has turned out to be one fantastic day filled with more excitement than my old ticker can handle, but thanks to baby Aspirin I am still here!

Last night I didn't sleep well because I was so worried about Ben Stiller and Gracie, because I had not found anyone that could help us pick them up from the Town Lake Animal Shelter in Austin and get them to our rescue ranch so this morning I skipped walking with Leslie and let my fingers do the walking instead.

First, I called Lisa before she and Matt came out to the rescue ranch to volunteer and I told her about my problem trying to find someone that could pick up Ben and Gracie. "Nance, I can do it. Quit worrying, I would love to pick them up for you," Lisa said. "Matt and I are on our way to the rescue ranch now." I was thrilled.

When she and Matt arrived thirty minutes later they came inside the trailer to discuss Ben Stiller and Gracie. Fifteen minutes later Matt had loaded a crate into Lisa's SUV and then they took off for Kerrville to drop Marlin off at Hoegemeyers to get dipped for his mange and to drop Matt off because he had an appointment that he could not cancel.

After they took off I went inside the trailer and checked my messages. The second message really got my attention. "Hello, this is Melissa Murray. I read your blog last night and I want to offer to pick up Ben Stiller and Gracie for you. I know that you don't know me, but last week I lost my old dog to old age," and then she started crying, "Please let me help you..." I picked up the phone and punched in Melissa's phone number and then we both started crying when I told her about Ben Stiller's story.

"I love Ben Stiller," I said. "Five years ago an elderly man called me and started crying. He told me that someone had dumped Ben off in the country and Ben had wandered up to his house. Then the kind man started crying and told me that he was poor and could not afford to feed Ben because he had taken in several dumped strays. Then he begged me to please help him with his new stray. Well, I was crying like a baby about this dog and told the man that we could take him if he could get the dog to us. And then the man tells me that he will have to borrow the money from his mother for the gas and he would see us the following day. The next morning the old man showed up with the dog and I fell in love with the dog and immediately named him Ben Stiller. After the man helped us put Ben into a pen with Gracie he started crying and so did I as we watched the two playing. Then he thanked us and drove away..."

When I was done talking my head off about Ben Stiller I thanked Melissa and then I told her that I would love for her to help us. After she told me that she would be at Town Lake at eleven-thirty when they opened I called Lisa to tell her about our new plan and gave her Melissa's phone number so they could meet somewhere on the road to transfer the dogs.

As soon as I hung up the phone it rang again. "Rescue Ranch," I said.

""Hello, Cousin Nancy this is Christy Cotter. If you haven't found anyone to pick up Ben Stiller and Gracie from Town Lake I can do it..." I had a good visit with my friend Christy and I thanked her for offering to help. Then we talked about our good friend Georgia and Tasha, the dog that she had adopted from us back in October.

At twelve o'clock I called Melissa and she told me that the people at Town Lake had been great and they had even given Ben and Gracie free rabies shots along with their other shots and she was on her way to meet Lisa somewhere down the road. Then I walked six miles with Leslie.

At two-thirty I went outside to greet Lisa and her precious cargo—Ben Stiller and Gracie because Tone had gone to Bandera to run some errands for me. Lisa and I put the dogs into the front yard of my writing cabin because that was the only space that we had available. As I played with the happy dogs Lisa went to the barn to get them food, water and dog collars. When Tone arrived ten minutes later Ben and Gracie remembered him and were thrilled to see him and wouldn't quit kissing him.

After we handed out treats and played with the dogs for over an hour Lisa and Tone took off to go feed the cows. I stayed behind so I could visit with the happy dogs. Then Kinky arrived and he came into the yard to welcome the dogs back to our rescue ranch and to play with them and they loved seeing him.

After Lisa and Kinky left the rescue ranch I came inside the trailer to check my messages. I had fourteen new ones but the one from Melissa Murray at three thirty-seven made me smile. "Hello, Nancy. I hope that the dogs have arrived safely at the rescue ranch and I want to thank you for letting me be a part of their rescue. I just turned PBS on the radio and they are interviewing Ben Stiller right now and I think it is weird and I don't think that it is a coincidence..."

After checking all of the messages and returning the many phone calls I washed my white hair and cleaned up because Tone and I were going over to Carol and James for dinner with our friends Brenda and Lorri and to meet Lorri's famous new boyfriend—"Jeff from California" that we had heard so many nice things about!

It is nearly ten-thirty now and I must go to bed because Kinky and I are meeting our good friend Beth for breakfast in the morning with her dad and friends. 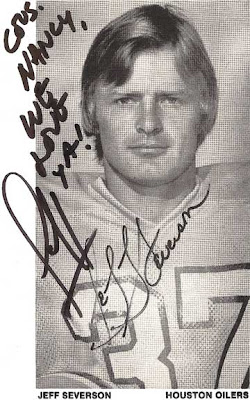 Y'all have a great evening! To Be Continued...
Posted by cousin nancy at 10:22 PM

boy was i wrong:) think you were right nancy. looked up hawks, and i think it is a young osprey. glad ben got back home to you all.

I am glad you got Ben Stiller and Gracie safely home! Ben Stiller is just adorable! Tell Miss Dee and Mr. Rogers that i said "Hi"