This morning, I was only able to walk four fast miles, because Tony wanted me to go with him to Bandera—to return the rented garden tiller. After Tony had unloaded the tiller, at Bandera True Value, he and I went inside the store to shop—then we turned on our cell phones and went our separate ways.

Five minutes later, while I was checking out their table cloths, "Nance," Tone said. "Come with me. I want you to introduce you to some friends of mine!" Two isles over—Tony introduced me to his friends—Max and Carol. We had a fun visit, in the fertilizer section. By the end of our visit, I invited Max and his sweet wife, to come out to see us. Tony and I then went our separate ways, again! I went looking for an outdoor stove top—like Carol's.

As I was scanning the room, I asked a friendly clerk, Peggy, if she had any vinyl oilcloth tablecloths. Two minutes later, I had a red-checkered tablecloth for my new outdoor dinner table—then I ran into Max! He and I visited some more and then T. and Carol showed up—they had been looking for us. "Why didn't you call me, Tone?"

"My phone is dead. It needs recharging." The four of us then visited some more, for several minutes. I really liked this couple. As soon as they were gone, I found this really cool two burner, gas, cast-iron grill, so I bought it!

It was twelve-fifteen, Tony was hungry, so we went to Brick's for lunch. As we were eating our delicious meal, someone puts their hand on my shoulder, and says, "Big as a tool shed!" I was startled, and looked to see who was talking to me. It was our dear friend, Garnet! "Nancy, Sandy and I read your blog everyday. You really have lost a lot of weight, and you look great...!" We had a fun visit with her, then she went back to her table. Tony and I waved at her husband, Sandy.

When we returned to the rescue ranch, Tony went to check on his garden, while I went into Outer Space and tried to assemble my new two-burner, outdoor cooker, and it wasn't easy! I had a very hard time tightening up the screws—the legs and burners were real wobbly! When T. returned from his gardening, I said, "Tony, can you please help me? I have it nearly put together, but I need your help tightening up these screws."

Tony went into Outer Space, looked at the directions, then the box, "Nance, you have mounted it backwards. Give me the screwdriver."

I did as I was told, and then watched Tony completely disassemble my hard work. Fifteen minutes later, Tony began reassembling the 'Made In China' cast-iron grill. After he had put it together right—I was somewhat disappointed.

I realized that it would drip grease onto the table, because it had no pan to catch the drippings. I guess that I will have to return it. I hate returning anything, but it was not what I thought it was. I then went inside. Kinky called and invited T. and me to come over for a visit, and to shoot some pool.

Tony was tired, so I went over to see Kinky. He and I had a great visit in the kitchen, then we went outside, so Kinky could play ball with Gooie. Mr. Magoo loved it! We then came back inside the Lodge, and shot a game of pool. The Hummingbird Man-1, Cousin Nancy—Zip! After losing—Buttermilk returned me to the rescue ranch.

I started a load of clothes in the washing machine, then I went out to the backyard to give Mama, my seven-year old, rescued Great Pyrenees—her summer clip. An hour later, after grooming Mama, I came back inside—covered head to toe, in long, white dog hair!

So, I pulled Hazel out of the closet, and began vacuuming Mama's hair off of me. Tony then enters 'the big room,' "Nancy you've got dog hair all over you! Does Mama have any hair left?"

"I know," I said. "And yes she does," as I ran the upholstery brush up and down my Levi's. Tone laughed. and then helped me get the rest of her hair off of me.

I'm fixin' to go online, to find Carol's Brinkman outdoor cooker. Y'all have a great evening! 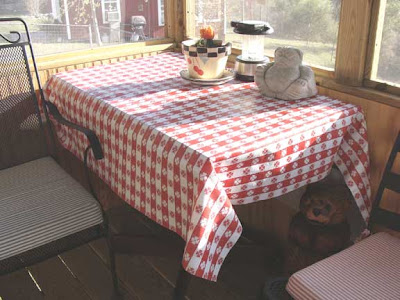 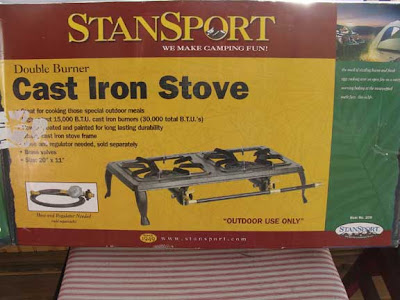 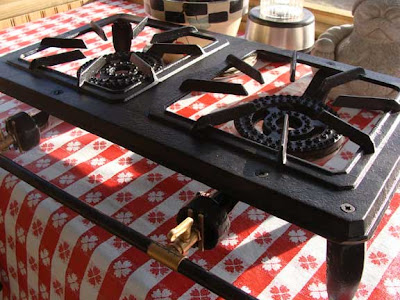 hey, how about that everything store y'all have. gibson's? i bet they have an underside tray:)