Today has been a super day! This morning, I checked my e-mail. My good friend, Mari, sent me two youtube videos to check out, and I loved this one about a great service dog! The next one is way too cool, too! It is about how to peel a potato without using a peeler or a knife. In Mari's note to me, she said that she wished that she had known about this thirty years ago, and I have to agree with her, too!
Mari also told me about having some problems trying to watch the three videos that I posted yesterday. So, I have now fixed them—I hope.
Kinky called me this morning! He is coming back to the ranch tonight, and I am looking forward to seeing him tomorrow.
This morning while Tone was outside doing his chores, I got out that cookbook, and decided to try making "Mushroom Moussaka," a Greek eggplant and mushroom recipe, that requires two sauces. While the eggplant was cooking in the oven, as I was starting to make Bechamel, the second sauce, Tony walked inside the trailer. "What are you fixin' for lunch?" Then he saw the cookbook on the counter top. "Oh no," he said, "I hope that it is better than yesterday's green goo."
I started to ignore him, but then I changed my mind, "It will be. I just tasted the mushroom tomato sauce and it is delicious. Forty-five minutes later, Tony came back for seconds, and he told me that it was delicious, and for me to keep that recipe! After cleaning up the kitchen, I checked my e-mail, again. I received an update on Beckham, from D&D! I loved it!

This past week after spending over $350 on materials & hay, and several hours constructing it, Beckham's winter quarters were presented to Lord Beckham for his personal inspection. After much grunting, snorting and goosing David every time he bent over to secure the roof tarps, Lord Beckham pronounced his new winter quarters reasonably acceptable. The hay level was high enough to be soft and warm but not too much as to tickle his delicate snout as he slumbered. A resounding huzza and round of "Stout Fellows!" was raised by David, Desiree and Shelia much to Beckham's approval.

This however was late Thursday, as of Friday night Lord Beckham has removed his personage back to his summer quarters al-be-it made somewhat more snug by his dragging a tattered tarp off the discard pile and rooting a deeper hole into his favorite mud wallow.

After dining this evening on homemade yogurt, roasted butternut squash, eggplant in green chilies, homemade tortillas, eggs coddled indrawn butter and a sassy little dry Spanish red wine Lord Beckham paused long enough to remark to Desiree that he wasn't ungrateful it's just that David didn't understand the delicate sensibility's necessary to proper swine slumber. Additionally with hoof poised by his mouth to lend a gentle aside remark he whispered in a sotto grut that it was quite rum fun to goose David while he constructed the winter quarters. More as it comes....

Fifteen minutes after reading David and Desiree's funny Beck update, a weird thing happened outside! Clark Kent found his forever fantastic home! A nice couple came out with Marcus, their five year old grandson who they look after, to get him a forever friend! When Marcus saw Clark Kent it was love at first sight for both of them!

Ron and Susie told me that they wanted Clark Kent to be a house dog, and for him to sleep with Marcus! They have a giant fenced in yard for them to play in, but Clark was going to live inside! They also told us that Clark will go to the groomers once a month for a bath, and to get his nails done! We're talkin' one lucky dog and boy!

After the adoption papers were filled out, I said to Marcus, "Marcus, will you do me a big favor, and please give Clark a new name? Clark Kent was his name here, but now since he is beginning a new life with you, I think you should give him a new name!" Marcus smiled, put his hands in his pockets, and started trying to think up a name.

"You don't have to do it right now, Marcus," Ron said, as he winked at us. When Tony took Clark to their SUV, Clark Kent flew, just like Super Man, into the backseat, to sit next to his new best buddy! Before they left, I told them to give David and Desiree a call, if they had any questions about Clark.

As they drove away, I told T. how happy I was for that little boy and little dog to have found each other, and I thought it was funny about getting an e-mail from D&D, and then fifteen minutes later, Clark gets adopted to a super family!

When Tone and I came back inside, I checked my e-mail, again. Our friend, Brian Kanof, the photographer from El Paso, who adopted Zelda, the cat, from us years ago, and Bogie, a few weeks ago, Brian sent me two pictures of them! 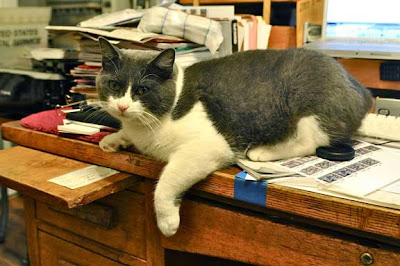 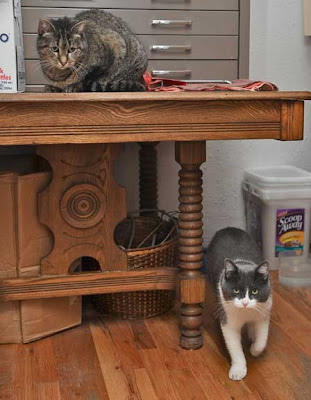 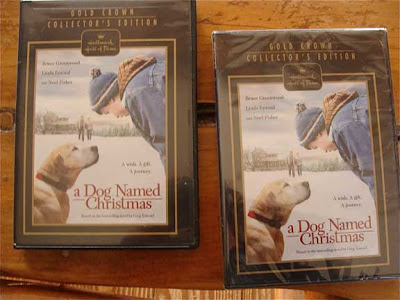 Cousin Nancy, If you talk to Ron and Susie again, please let them know that I'd love to see pictures of Clark Kent with them at his new home (if they don't mind). Please give them my email address and/or cellphone number too so they can call me if they have any questions about Clark Kent (I can tell them about the 6 days I had him staying with me in my trailer in Spring,Tx).I am sure that Marcus and Clark Kent will have a wonderful time together as "best buddies". I am sooooo excited and happy for that precious little stocky dog and his new family- Thank you again Nancy,Tony,Kinky and everyone else that takes care of these marvelous rescued animals at the Utopia Animal Rescue Ranch. Also, thank you for posting this great news as I am so happy right now that I can barely contain my joy!!

Hi Karen—will do! I am so happy for Clark Kent and Marcus! They deserve each other! Thank you for the comment!