Today has been great. Early this morning, a little before 6:00, we had some really high winds blow through here. In fact, for the very first time, three of our dog's wooden houses had the roofs totally blown off or blown open. 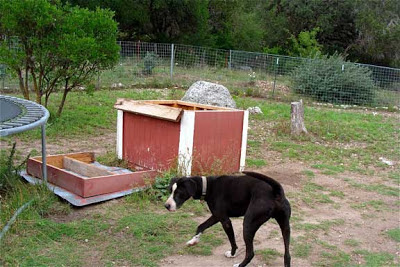 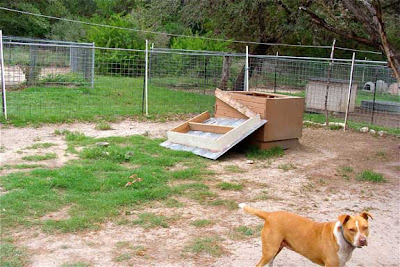 Rocky's roof was blown open and wedged under a heavy branch. 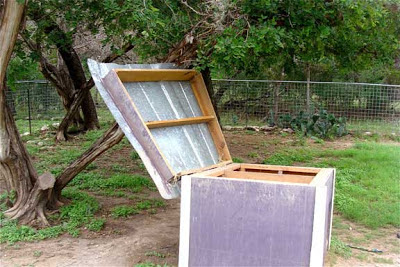 After Tony and I had fed the dogs and cleaned their pens I took these pictures before we became roofers and fixed them, before this afternoon's predicted severe thunderstorms.  Rocky's roof was the most difficult to fix, because of the heavy branch resting on it, not allowing us to close the hinged roof. After we had pushed the dog house a half foot forward, we were able to lower the roof and the only real damage is some dented tin.

Lois Lane's damaged roof was not hard for us to fix and Ben and La Toya's roof just had to be lifted up and reseated.

This afternoon, Tony and I received some cool books and the sweetest card from our new friends, Brittany and Brian, who live up in New Hampshire. We became instant friends the minute that we first met them. When they recently flew down to meet us and see our rescue ranch. Since I know that Brittany reads my blog, I want to thank her and Brian for the books, especially the one for me, Rin Tin Tin: The Life And The Legend, that I cannot wait to start reading. 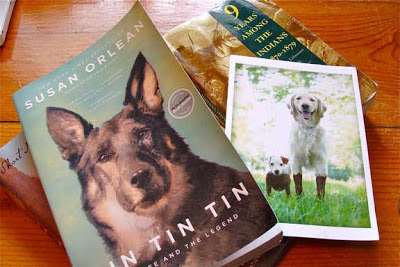 After taking the above picture Beau, Tony's dog, threw up something really weird looking on his doggie blanket. As I cleaned it up I could not figure out what it was until I glanced over and saw that the cobalt blue flower pot, by the front window, was flowerless. It was just a pot of dirt, with my chewed up, pink Geranium, laying dead beside it. Beau looked guilty. 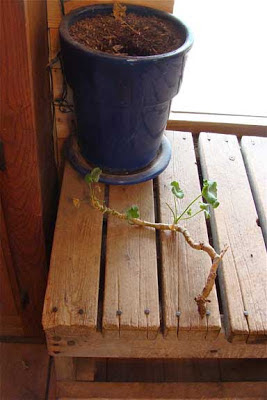 So, I picked up what was left, of what he had just eaten and thrown up and put it beside him, in the chair, for my first guilty dog picture. Beau looks guilty with the dead Geranium near his front paws. 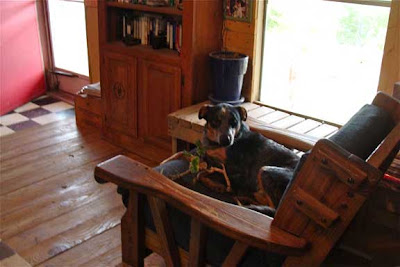 It is now 3:20 and so far we have not had any rain or severe weather. I wrote this post early, because of the predicted bad weather, in case we need to unplug later. And that is about it for today, because I need to go do some editing before the children from the Medina Children's Home arrive, to walk our dogs.

Have a great evening!
Posted by cousin nancy at 3:20 PM