Even though today has been quiet it has been great. This morning a very nice woman and her mother came out to look at Ziggy because they think that he would be a great companion dog for the mother's husband and Zig-Zag really liked them and so did we and we are keeping our fingers crossed for Ziggy. 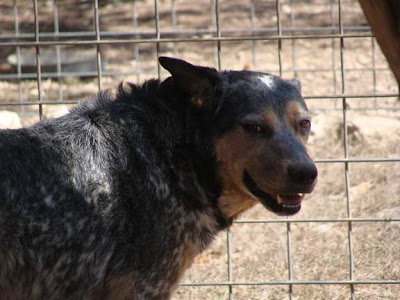 This afternoon while we were at Walmart buying flea and tick preventative for our rescue dogs we purchased a pretty pink soccer ball for Belle Starr-Simons and she absolutely loves it and has been constantly playing with it inside and outdoors. 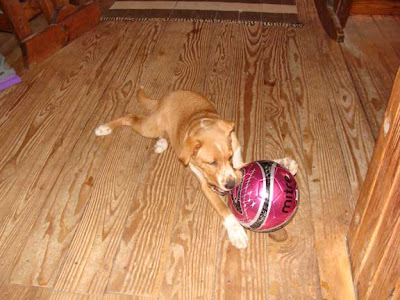 This evening while I was over at the Lodge waiting for Marcie and Will to arrive Kinky and I got into a funny argument when I told him that I had just realized early this afternoon that Memorial Day is this weekend. "No, it's not, Nance. Memorial Day is next weekend."
After several rounds of "Oh, yes it is," and "Oh, no it's not," Kinky got out of his rocking chair and went inside the Lodge to check his calendar to prove to me that he was right. I started laughing as I heard his returning footsteps. "See, I was right, Kink." Kinky smiled and nodded yes, but said nothing. : )
Around seven o'clock since Kinky's sister and Will had not yet arrived I came back home and played ball with B.S.-S. until she tired and finally took a nap.
Tonight I am going to watch Oprah's last show which I recorded earlier today and now I must go and make some popcorn.
Y'all have a great evening!
Posted by cousin nancy at 8:25 PM