It's All About Timing!

Today has been great, because we took the day off after Tony took care of his morning chores. Around eleven o'clock Marcie called while we were outside, so Carlton took her message. "Good morning, Nancy. I wanted to know if you would like to come over for a visit ..." Ten minutes later I arrived at the Lodge, but nobody was there including Brownie, Chumley and Sophie.

Fifteen minutes later Kinky and Marce and the dogs returned to the Lodge and we had a good laugh about her inviting me to come over and then her taking off. "It's all about timing," I joked. Then we had a fun visit for ten minutes, because we needed to come home to eat lunch, but before leaving Marcie and I made some loose plans for me to come over and pick her up around three o'clock, so I could take her over to the rescue ranch so we could get a good visit in, but that didn't happen.

When I arrived at the Lodge Kinky came out to greet me because his sister was taking a nap inside the Annex and that's when Rambam drove up. I told Kinky that I was going to take off, but he asked me stay and visit with him and Steve until Marcie woke up, so I did.

I enjoyed visiting with Steve because he is a very interesting man. While Kinky was in his office talking on the phone Steve and I talked about my e-book that is now finally available at Barnes & Noble and Amazon, because when I was trying to figure it all out Rambam gave me some great, helpful tips on how to do it.

When Kinky got off of the phone Marcie walked into the Lodge and she and I laughed about our timing be off again, because she doesn't have a personal phone line to use. Even though Kink has offered for her to use his line anytime—neither of us want to bother him, so for us it is either hit or miss when we get to see each other and it has now turned into a funny game of luck.

This evening Tony printed out some of his pictures to show me and I especially loved the ones he took of Belle Starr-Simons, so I suggested that we go over to the Lodge to show them to Kinky and Marcie. 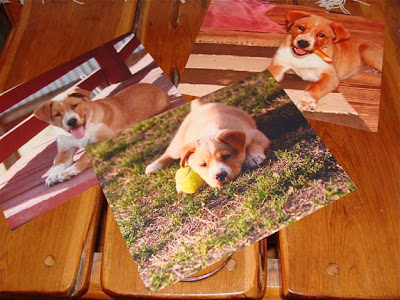 When we arrived at the Lodge we were greeted by Marcie, Rambam, Sage & Dylan and Kinky and we had a very fun visit in Kinky's kitchen. Everyone loved Tony's photos especially the ones of B.S.-S. and the ones he took of the Painted Buntings in our front yard, Duane, the Reddish Egret in Port Aransas, the horse and the Woodpecker. 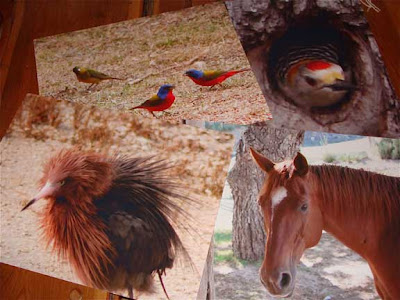 After a really fun visit with everyone Tone and I left after Sage & Dylan left, so I could write this blog. Then it's back to business tomorrow for me at the rescue ranch.
P.S. I just got off of the phone with a good friend from Utopia who needs to find a good home for a ten-year-old mama donkey and her three-year-old donkey daughter. They are sweet donkeys and the three-year-old is a paint. If y'all know of anyone who is looking for a pair of donkeys—please call me at the rescue ranch 830-589-7544.
Y'all have a great evening!
Posted by cousin nancy at 7:27 PM