Today has been a great day, because Gracie Allen, one of our great dogs that is a "smiler," found her forever home!

Around two o'clock, Sylvia, a very nice woman came out to look at Gracie, because our friends, Charlie and Ellen Cooper, her friends and neighbor too, had told her all about Gracie.

As soon as Gracie and Sylvia locked eyes on each other—it was a done deal. Sylvia said, "I want to adopt Gracie." Tony and I were thrilled, but not as much as Gracie was, because she wouldn't quit smiling and her tail wouldn't quit wagging.

After Gracie's new, forever friend, signed off on her adoption form, I took this picture of Gracie before Tone handed over her leash to Sylvia. 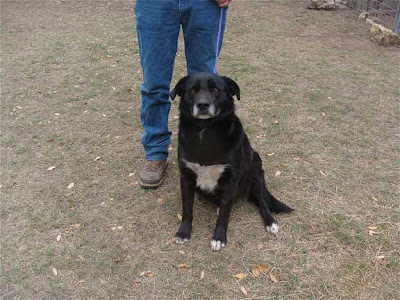 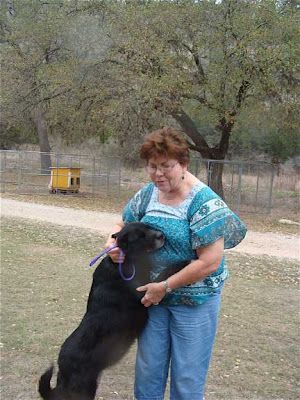 And that is about all that happened out here today. Tonight I plan to watch the Hallmark Channel's premier movie "Time after Time" and it comes on in about thirty minutes, so I need to go make some popcorn for us.
Y'all have a great evening!
Posted by cousin nancy at 7:30 PM

I love that picture of Sylvia and Gracie hugging! That's priceless!