The last few days and today have been so much fun. And if I wrote about it all in detail—I would definitely have carpal syndrome by the time I finished writing it and most likely your eyes would hurt.

So tonight, as I am starting to write this I am tapping my feet to the beat and dancing in my chair, as I'm listening to Sister Sledge sing one of their greatest songs We Are Family. And you can click here to hear it and watch it on Youtube.

Tony, Kinky, Dylan and I really enjoyed Jim Keaveny's visit, before he headed back to Terlingua. But Henry Standing Bear loved his visit more than all of us put together. Seriously, he would not leave Jim alone. It was like Jim had mesmerized him. 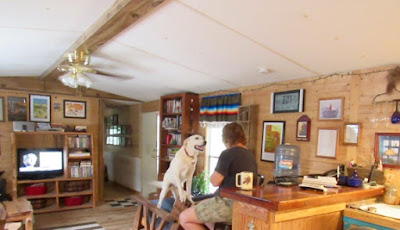 And you can check out our musician/singer/songwriter friend at: Jim Keaveny.com or his Facebook page.

While Jim was staying with us he gave us a private concert of all of the new songs that he has written and every song was awesome. "So thank you, Jim! We love your music!"

This recipe was so delicious, that we had to put Henry Standing Bear outside while we ate, because he would not quit trying to make Jim pet him. And after dinner all of us sat down and watched the hilarious movie Paul. And Jim laughed as much as we did while watching it. And please note that the language is for adults only. 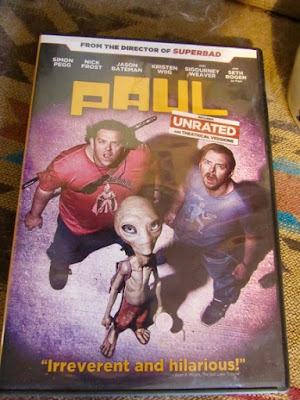 I tried to check my e-mail regularly while Jim visited us and my dear friend Mari sent me the cutest picture of a VW dresser which I totally love. 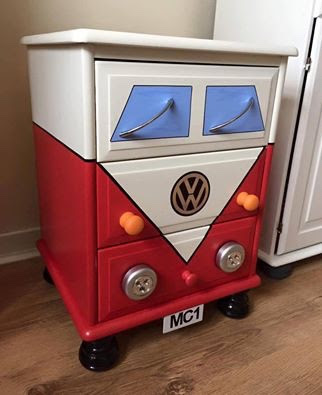 And my friends Phil and Virginia, in New Mexico mailed me this funny cartoon along with their Utopia Animal Rescue Ranch donation. "Thank y'all!" 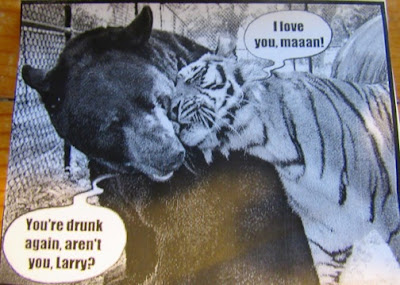 This afternoon I was on the phone talking to our dear friend Sue and during our hilarious conversation she told me that I had to get this super cool Star Guide App for my iPad. She told me that is the best out their for stargazing. 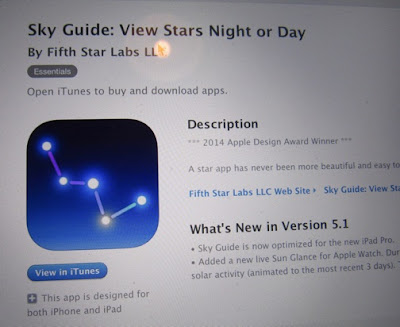 Sue raved about how much she loves this 5 star rated App. She told me that it will give you alerts when the Space Station is passing over you, it has a ton of information including an infra-red option that you can switch on to see the stars and constellations better and during the day you can point it to the sky and it will tell you what stars are there even though we can't see them.

So after our fun conversation I immediately went to Apple's App Store and bought the $2.99 Star Guide App, because when it gets dark outside tonight, Tony and I are going outside and try it out. And that's about it for tonight, except I want you to see this cute picture I took of Henry and Little Debbie cuddling together with Big Al(ice), Belle and Roy sleeping, in front of the chair.

Y'all have a great evening and keep on laughing!
Posted by cousin nancy at 7:40 PM

How very cool! The Star app is neat - I hope you and Tony have a lot of great times and sightings using it---

Hi Anon! That Star Guide App is so cool! Tony and I had so much fun last night star gazing. I highly recommend it.Thank you for your comment.

Nancy, your blog is apparently well-heeded in Kerrville. I went to Wal-Mart to purchase my missing ingredients for your new recipe and found that the large red bell peppers were sold out and they had put the Jiffy Corn Muffin Mix in the aisle where the boxes were flying off the stack! I got the last green onions in the store, too!
I just finished transcribing your recipe to paper to take with me to the kitchen since I am technically impaired and do not own (or want) a Smart Phone that could take the recipe for me.
David and I look forward to munching on this meal soon!

Hi Mari! That is so hilarious and I guarantee the you and David will love that tasty recipe. FYI: I used Sweet Baby James BBQ sauce. When you make this delicious dish please let me know what y'all think of my new recipe.