Yesterday and today have been great, but they've also been kind of weird, because of M.I.R. For example, yesterday afternoon when Tony and I came back inside, The Cabin, to take a break from working on our keyhole Fall garden I looked at the digital outdoor thermometer, above the kitchen sink and it showed that it was 44 degrees outside? And I knew for a fact that it wasn't 44 degrees, because it was more than hot outside.

So I asked Tony to please come look at the thermometer and it was still indicating that is was 44 degrees outside. And the next time I checked it, which was a few hours later, it was working correctly.

This morning, at 8:59, the electricity went down for about a minute. Then it came back on and ten minutes later, we had no running tap water, inside The Cabin. So, two minutes later, when Tony returned from Medina, after drinking coffee with his friends, at the Old Timer he went outside to find and fix the problem.

When he came back to The Cabin, I told him, "You're not going to believe this. While you were outside the water came back on and now we have no water again..." Bottom line: a pipe had burst, inside Hazel's pen and Tony quickly repaired it. Thank goodness.

Tony and I love our new Fall Keyhole Garden, that is primarily filled with cardboard and so do the vegetables that we're growing. When we started our keyhole garden project I took a few before and after pictures of how we did it. And just so you'll know Tony did most of the heavy-lifting labor.


We decided to put our keyhole garden near Outer Space, so we could easily go outside to add compost and water it. 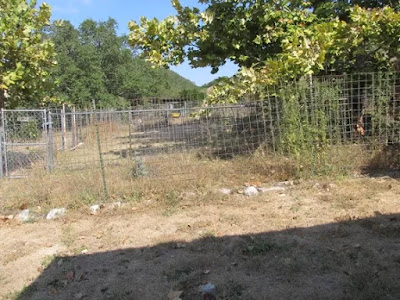 Tony and I took turns cutting the old boards that we found, near the barn and it made us feel good that we were recycling them. 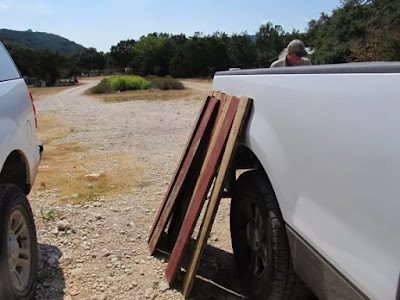 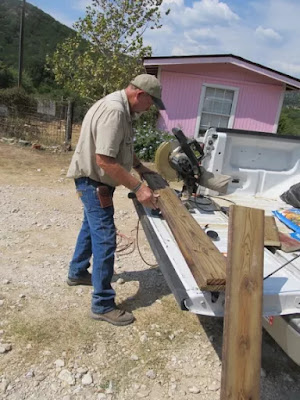 This is just a small portion of the cardboard that we used to fill up the box. We had to soak it in the wading pool before covering the walls and ground. 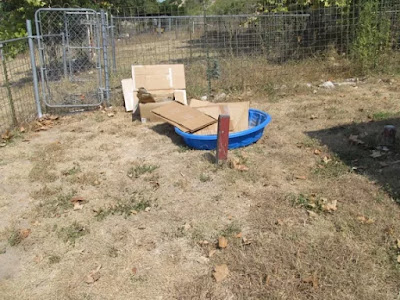 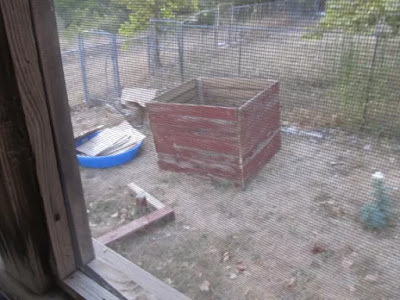 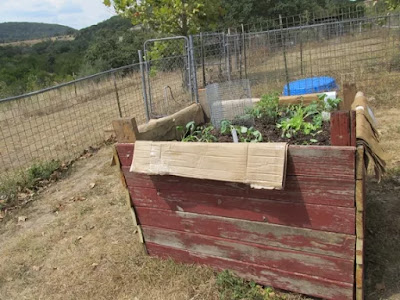 I had just watered the garden before I took this picture. 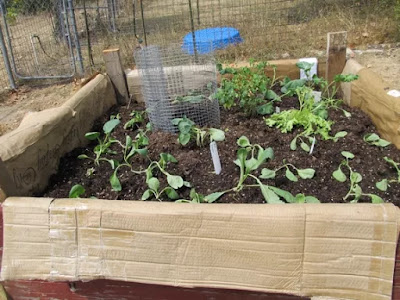 Soon we will remove the cardboard folder over the walls and then we plan to build another Keyhole garden. In this one we planted plenty of Cabbage, Kale, Brussels Sprouts and Peppers.

And I am thrilled about my organic oyster mushroom farm kit that my good friend Cindy, in New Mexico, recently told me about. She's been buying these kits for quite a while and she told me that the mushrooms are totally delicious. This afternoon, I took a couple of pictures of its progress. 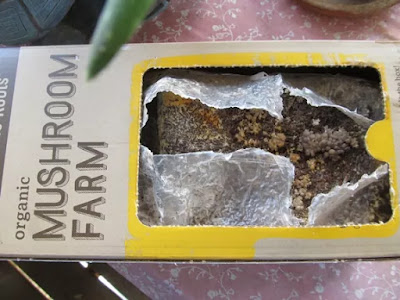 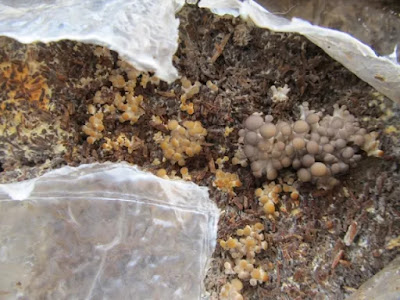 And every two or three hours when I go outside to check on it, more mushrooms keep popping up! When I showed them the tiny mushrooms sprouting Chet and Tony thought it was amazing that I am actually growing them, because they know that I do not have a green thumb.

Y'all have a great evening!
Posted by cousin nancy at 6:48 PM

wow you are doing great