International Day at The Rescue Ranch! or Sunscreen-Sun-Screamed!

Today has been great. Early this morning Dawn was the first volunteer to come out to walk our dogs for us and while she was here, the sweet couple, from Germany, that adopted Bella from us came to pick her up and Bella was more than excited about it.

This nice couple lives in Germany six months and then they spend six months, in Bandera. Last year they officially adopted Bella from us on one condition, that we keep her the six months that they must spend in Germany. Bella loves them as much as they love sweet Bella and seeing Bella so happy, once again, started my day out great.

And ten minutes after Bella had happily left our rescue ranch, this very nice couple came out with their friend Mark, because Mark wanted to adopt one of our super dogs.

After I had introduced him to all of our dogs Mark narrowed it down to Lucille and Walter. So, Tony leashed up Lucille for Mark and then Mark and his friends and I took off. We walked down to the creek and stayed there for about twenty minutes before returning to the rescue ranch.

Then it was Walter's turn to go for a walk with Mark, so Tony leashed him up. And because all of our volunteers had arrived, Mark and his friends suggested that they take Walter for a walk, so I could go visit with our dear friends and June's friend, Jane,  who was down here visiting her from Ontario, Canada. And that's when I declared today, International Day at the rescue ranch.

A little while later, they returned with Walter. Then Mark took Lucille for another walk down to the creek, while his friends stayed behind and visited with all of us. Bottom line: Mark adopted Lucille! And all of us were thrilled about it, so please keep your fingers crossed that Lucille's adoption sticks. 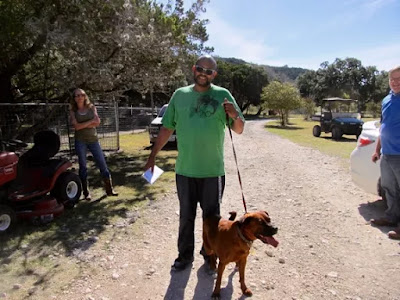 Around 11:30, all of us went to the Medina Highpoint Resort's Koyote Grill to eat lunch and to celebrate my upcoming 64th birthday, which sadly is tomorrow or just five hours from now.

I had a wonderful time at my birthday party! The birthday cards were hilarious and I love my birthday gifts. And my birthday cake, that Lisa had purchased and sent with Eileen was absolutely delicious and way too cute. Eileen teased me and called it a "caca-cake" and we all had a good laugh about it. 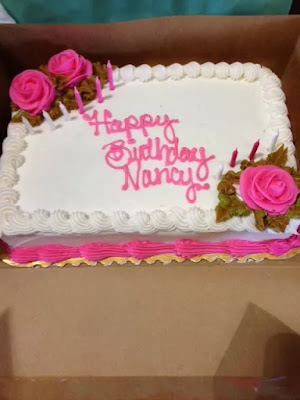 During our fun lunch I was visiting with June and Jane, who were sitting right next to me. June and Jane have been dear friends for over 50 years and June told me this hilarious story about them going kayaking yesterday, in the Guadalupe.

Before they went kayaking, Jane put on a bunch of sunscreen lotion, because she is a fair-skinned Canadian and she thought that her skin would absorb all of it, but that wasn't the case. And the way June described it, "She looked like she had been slimed."

Because June and Ellen both have such a great sense of humor—they said nothing to their foreigner friend. And after they had kayaked they went to a nearby meat market and because Jane had put her jeans on, over her wet bathing suit, it looked like she had wet her pants. Anyway, June, in between outbursts of laughter, told me that Jane visited with everyone in the store and she didn't seem to notice all of the weird looks people were giving her.

Anyway, when they returned to June's home, Jane visited with Kevin, June's sweet husband and like Ellen and June, he didn't say anything about Jane's unusual appearance. "When I went past the bathroom," Jane said. "I caught a glimpse of my face, dripping of sunscreen lotion and about fainted!..."

Then June pulls out her phone and shows us the picture she took of Jane's gooie, sunscreen-sun-screamed face and all of us burst out laughing when we saw the photo. So I asked June to please e-mail me the picture, so I could blog about it tonight. And thanks to Jane's great sense of humor she told me to go ahead and do it, because her friends would get a kick out of it. 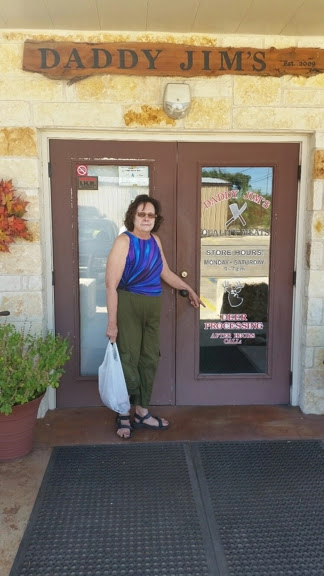 Late this afternoon, Tony and I went over to visit with Carol & Bill and Tony and I had a blast. And before we left to come back home, Carol gave me a bag of her fresh, homemade cookies and this beautiful Orchid for my birthday present. 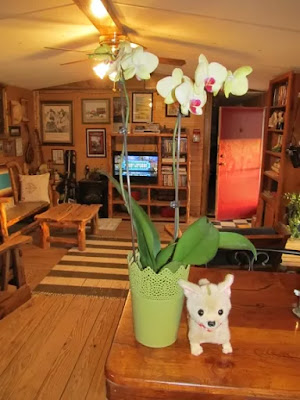 And to change the subject, earlier this afternoon I dumped all of the change out of my purse, because it was so heavy. After I washed the change I asked Tony to guess how much change I'd been carrying around. He guessed four dollars and he was wrong. 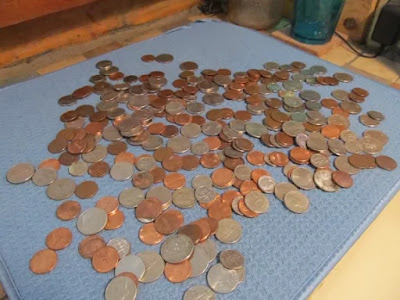 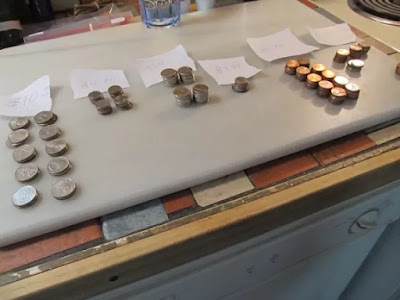 P.S. The "Big Daddy" deal that I told all of the volunteers about today fell through and it ain't happening, which is actually no Big Deal.

HAPPY BIRTHDAY TO YOU COUSIN NANCY! I HOPE YOUR DAY IS THE BEST EVER

Hi Karin and Anon! Thank y'all.