Her Turn To Vent!

Today has been great. I got up this morning, at 6:15, so I could be wide awake to do Big G's radio show, around 7:20.  As I drank my first cup of delicious Donut Shop coffee I looked outside. It was still dark.

The indoor/outdoor thermometer, above the kitchen sink, showed that it was 43 degrees outside and the inside temperature was 63 degrees, because we hadn't turned on the central heat. So I put on my navy blue sweatshirt to help keep me warm and then I said goodbye to Tony, as he left to go drink coffee with his friends, at the famous Old Timer, in Medina.

I had fun doing the Utopia Animal Rescue Ranch segment with Big G. After I had told him about Bonnie Raitt, a beautiful, sweet Lab mix, being his Pet of the Week and that she was approximately two-years-old and was a super dog we changed the subject. 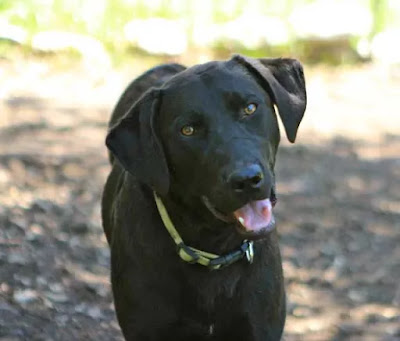 We started talking about the weather and the recent rain that we got last Saturday. Which led us to the reason why me and my brother and sister have a huge fear of thunder and lightning storms.

"Big G, my mother was a twin and when she was only five or six-years-old, she was with her family, standing on a corner, in downtown Fort Worth. When this big 18-wheeler truck struck her and dragged her two blocks down Main Street. The doctors had to put this metal plate in her head and she and her identical twin sister had to miss an entire year of school, because of that. And when the doctors finally released my mom, from the hospital, they warned my grandparents that my mom was like a walking lighting rod, so they were to always keep her safe indoors during all electrical storms...."

A little while later, after Tony had returned home, I checked the indoor/outdoor thermometer again. It had risen to 48 degrees outside and 64 degrees inside, so I turned on the heater for the very first time this Fall. 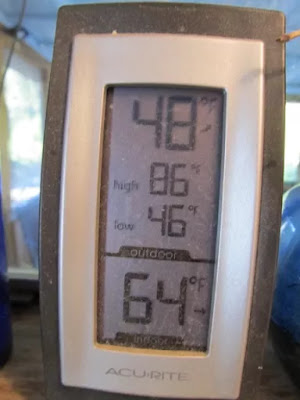 Then I watched Little Debbie run across the big room, over to the kitchen vent, so she could vent, next to Roy. 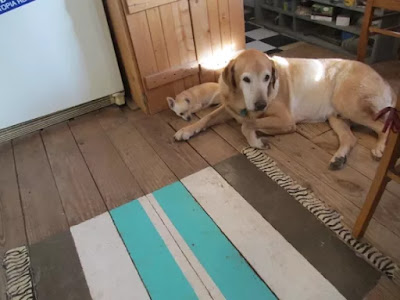 And moments later, Belle joined them. 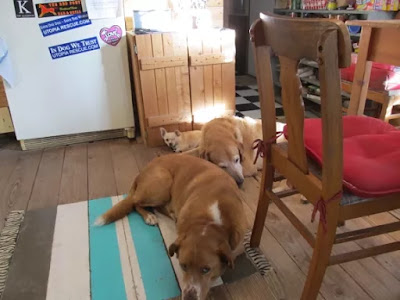 Then Big Al(ice) showed up. 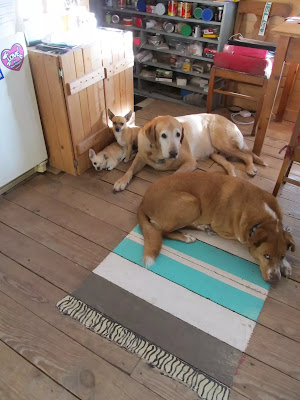 About five minutes after that, Beau was outside and he started barking at squirrel, so Roy and Belle immediately got up and raced to the front door and let themselves go outside. Leaving just Little Debbie and Al(ice). 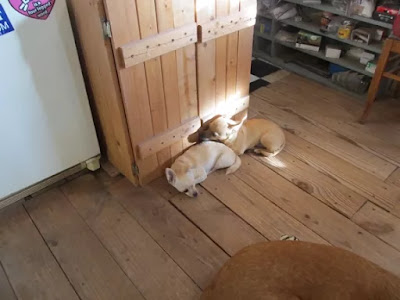 Then when Tony walked back into the kitchen to make a cup of coffee, Little Debbie took off to go greet him. And Big Al(ice) didn't seem to mind at all, because I guess she thought it was finally her turn to vent. Before Tony and I went outside to do the morning chores. And the funny thing about it when we went outside—it was warmer outside than it was inside The Cabin. 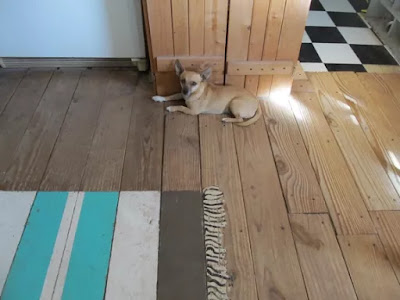 Y'all have a great evening!
Posted by cousin nancy at 5:09 PM

Hi Cousin Nancy! It's Lori from St. Louis. I love your story of your pups and venting...and those adorable pictures that help tell the story!

What a story about your poor momma, though!

Hi Lori! It is good to hear from you. I am glad that you liked my post. My mom was fine, just terrified of lighting. And get this: when she was in her 40's she started having severe sinus problems, so she went to a nose doctor and he ended up removing all of these tiny rocks that had been in her nose since the accident. So all was fine with her. She was a great loving mother and I still miss her.