Fay From Toronto! or Big G From Kerrville!

Yesterday and today have been great. Last night our dear friend Fay called me, from Toronto. Fay, from Toronto, is our long time, dear friend. She and her beautiful family over the years have adopted three dogs from us: Kris Kristofferson, Kia and Blake Shelton.

Anyway, she called me last night, because she and her sweet husband Ian were, at Hugh's Room, visiting with Kinky, Brian Molnar and Joe Cirotti, before Kinky, Brian and Joe performed to a standing room only crowd. And Fay sent me these four pictures . 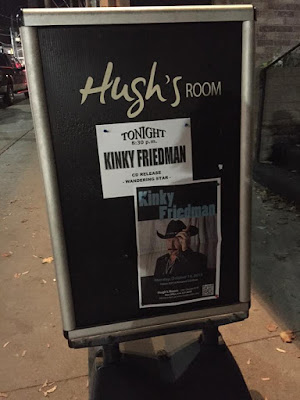 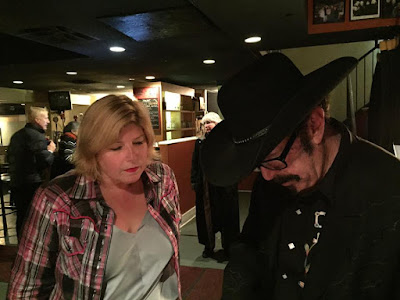 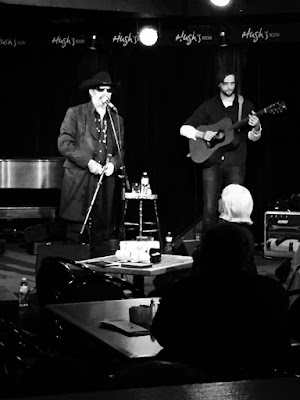 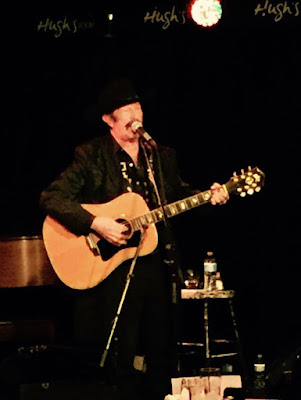 When Fay called me she told me that the crowd loves Kinky and that he was being kept busy autographing his new Cd, The Loneliest Man I Ever Met, that Brian produced. Before handing the phone over to Kinky, she also told me that she and Ian were having a blast.

I had a fun, but rather short visit with Kinky before someone, in the crowd, asked him to please sign his Cd for them. Kinky told me that he is really enjoying his tour with Brian and Joe. He is badly missing all of The Friedmans, especially Sophia and he hopes that we get a lot of rain, in the next few days.

This morning I did some more work on, the Mother Ship, my old, 1993 Shasta RV. Then around 1:00 Tony and I went to Kerrville to buy more dog food for our rescued dogs and then run a few errands. And the best part of our trip to Kerrville was getting to visit with Marguerite, at the Wild Birds Unlimited store.

And before I go back outside to work on my RV, I want to wish our dear friend Big G a Happy Birthday.

Y'all have a great evening!
Posted by cousin nancy at 6:42 PM