You Can't Always Get What You Want! or The Red Pony!

Today has been great. This afternoon, there was a three hour delay renting the Explorer. She told us that the car would be ready to go at 2:00 instead of 1:00, as earlier planned, so Tony and I ran several errands to give them plenty of time, at the car rental place.

At 3:00, the sweet employee greeted us with a smile, then she basically told me that you can't always get what you want. And I started to joke, "Someone should use that tag line and write a song, because I bet that it would be a hit." But I didn't, because I could tell that she was pretty stressed out about the situation.

Bottom Line: We left the car rental place at 3:45 and I asked Tony to please drive the rental car home, because I was feeling a little nervous about driving it in traffic. When we got back home, I skipped outside and took pictures of "The Red Pony" (I named it after The Red Pony Bar & Grill, that's in the Longmire Netflix series), even though it is actually a maroon color. 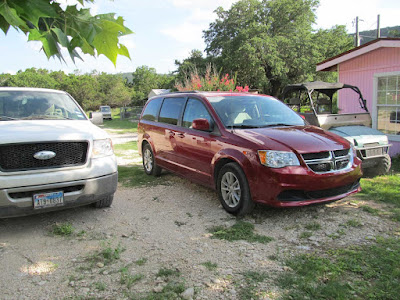 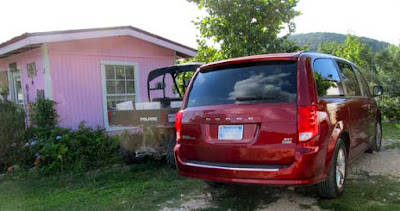 After I shot the back of The Red Pony, I noticed that it had a Kansas license plate on it, which made me laugh and think of Dorothy's famous words. Then I came back inside and took this picture of one of my  favorite magnets, on the refrigerator. 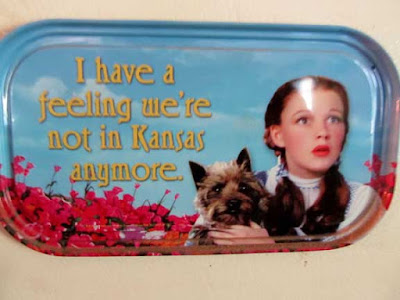 Then, with Tony's help, I put three new decals, on my guitar case, that had arrived earlier today! 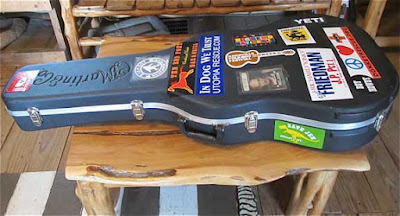 I added The Red Pony Bar & Grill: Continual Soire bumper sticker, the cute Big Foot Research Team and the hilarious United States Zombie Hunting Permit, with No Daily Bag Limit, that actually looks official enough to scare off any zombies that I might encounter. 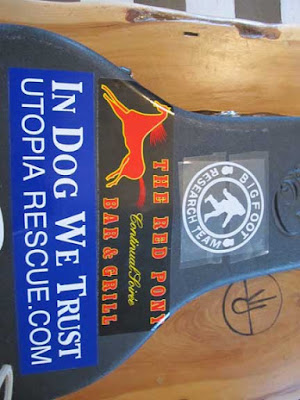 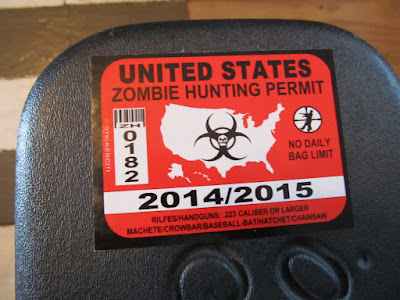 After Tony had admired my new decals and scratched his forehead several times while shaking his head sideways, he helped me pack my stuff, inside The Red Pony. And afterwards we had a big laugh about it, because my stuff took up almost half of the room, inside the Dodge Grand Caravan aka The Red Pony. "I hope there is room for Chet's stuff," he teased me, as we got inside, so I could take a test drive around the ranch, before actually driving it, on the highway, tomorrow. Bottom Line: I loved it and I felt comfortable driving it, even though the first time that I braked, Tony nearly went through the front windshield.

Then we came back inside The Cabin, where I proceeded to do some paperwork, return phone calls and check my e-mail. My favorite e-mails today were from Marguerite, because she sent me two adorable pictures of Scout (formerly Sara Lee) playing with her new best bud, Odie, the sweet one-eyed dog that she also adopted from us, a few years ago, when he was just a pup. 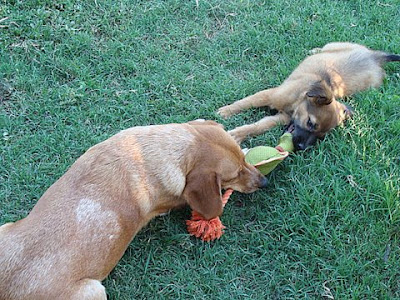 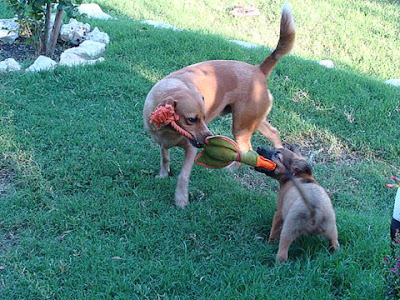 Chet showed up around 8:30 this evening and before we opened up the van, so he could load his stuff into it, Tony joked, "I hope you didn't bring much, because Nancy's stuff has already filled up most of the van."

Chet started laughing until he saw all of my stuff piled into the van. Then Tony and I started laughing. "I think it will all fit," Chet said optimistically, followed by a chuckle, as Tony helped him cram his stuff, into The Red Pony.

"No problem," he said. "I am the same way when I pack for a trip. I take everything." After they had stuffed all of Chet's stuff into the van, he told us that he is now hooked on watching Longmire and he has just started watching the first season. "It's a really great show," he said. "I've rented the Longmire entire first season and it is not due back, at Hastings, until Wednesday when we get back. Does this van have a DVD player, so I can watch the episodes?"

"I can bring my laptop if you want me to so you can watch the first season on it?" I offered.

"That would be really great, Nance!" Chet said.

"If there is any room left to put it," Tony teased. Then we started laughing about all of our stuff and the van becoming a low rider, because it is so heavy. "In the morning I still have to ice down all of the meals that Nancy has cooked up and frozen.

After we locked up our stuff, inside The Red Pony, we made plans for our early departure tomorrow morning. And it was decided that Chet will come over here, at 5:30, to eat breakfast and drink coffee with us and then we will leave the ranch, at 6:00 sharp. In hopes that we will arrive at Cindy's beautiful ranch by 5:00 her time—6:00 our time.

It is now 11:28 and I must go to bed now even though I am all wound up and excited about going to New Mexico, to see my dear friend Cindy. And that's about it for tonight.

Y'all have a great evening or what's left of it!
Posted by cousin nancy at 11:28 PM