Last night, we found out that our dear friend, Rick Reichenbach, the former "Friendly Lighthouse Keeper," in Port A, had a major heart attack.

We spoke to him briefly last night, because they had just moved him from ICU and putting him in a room.

Earlier this morning, we called Rick, but we only got his machine.

A few minutes ago, his friend Tracy called us. She told us that Rick has just been put back in ICU, because he is having difficulty breathing. And that is all we know so far.

I want to ask all of y'all to please say a little prayer, right now, for Rick's recovery, because we love him. I will keep y'all posted as soon as we know more about Rick's condition. Thank y'all so much. 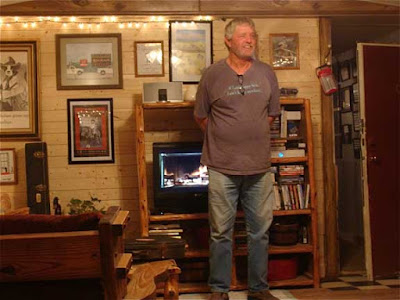 Sorry to hear about Rick's health troubles and hope he recovers 100%!