Today has been great. Actually it has been more than great, because this morning I received an exciting e-mail from our dear friend Jay Pennington, the writer, director and actor in Smile. And his note has made this the best Christmas present that I've ever received.

I know, and you probably know by now, that I can easily get excited about all kinds of things. But let me just say Jay's unexpected news didn't just get me all excited—it nearly caused me to wet my pants or even worse, because I was not expecting this could possibly happen. But I am so glad that it is going to happen.

Now you may be asking yourself, "What in the heck did Jay write to cause all of this? We already know that Cousin Nancy is going to be an actress in Jay & Gerry Olert's next short Western movie, Vinegar to Honey."

So here is clue. Imagine that you're at the Academy Awards or at home watching the Oscars being handed out, when the MC finally says, "And the Best Supporting Actress for a short Western movie goes to—Little Debbie! And the audience roars with applause and approval and they all stand up, as the orchestra starts playing the Vinegar to Honey soundtrack.

In fact (or fiction) at this awards event, I pass out when they call out Little Debbie's name, because I had hoped that it might be me that gets the award. Because I am great at playing a crazy old lady.

So Tony thinking-fast pulls my cowboy hat down, over my face, takes Little Debbie out of my arms and they go up on stage to accept Little Debbie's Best Supporting Actress Oscar.

And I was still passed out, when Tony told Little Debbie's adoring fans, "Little Debbie wasn't expecting to receive this award, but Nance was and I am sure that she'll be okay in a little while. She faints all of the time. Sir? Yes you. Would you mind putting Nancy's cowboy hat back over her face? Thank you."

Then the music starts playing softly, in the background, to speed up Little Debbie's/Tony's acceptance speech. "Little Debbie wants to thank Jay Pennington and Gerry Olert and the entire awesome cast of Vinegar to Honey for making this happen. She thanks you." Then a pretty woman walks up to them and escorts them safely backstage, so they can attend the parties. 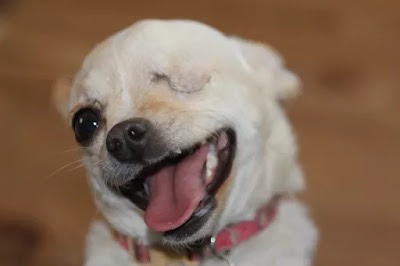 Y'all have a great evening and keep on laughing!
Posted by cousin nancy at 6:00 PM