Today has been great, as usual. This morning when we got back home from working next door, I decided to make us some veggie burgers for our lunch.

Then I changed my mind and decided that I needed to get Tony to make these easy to make veggie burgers instead, so he would learn how to make them, plus realize just how easy they are to make, plus appreciate all of the healthy ingredients that it takes to make these awesome meatless burgers.

Before I asked Tony to make these burgers, I decided to make it a little easier for him since it was his first time to actually cook something in my kitchen, because I don't count making coffee as cooking. So I put the recipe and all of the ingredients needed, on the kitchen island, along with measuring spoons and my new stainless steel measuring cups.

When I asked Tony to please make the veggie burgers he shot me a look—like I was crazy. Then I quickly explained to him why he should make them instead of me.

Minutes later Tony took command of my kitchen and I was impressed except I had to explain to him that he needed to follow the recipe step-by-step. Then I grabbed my camera and started shooting him in action. 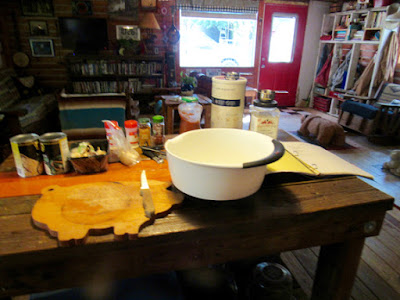 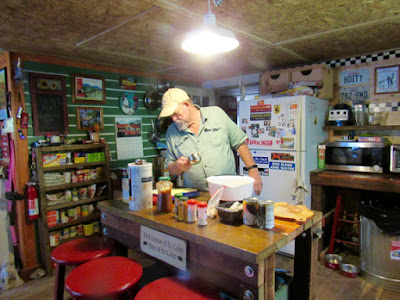 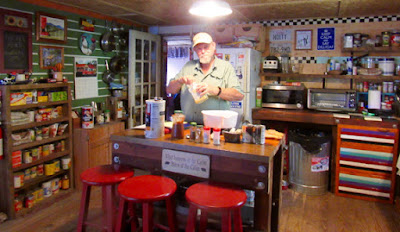 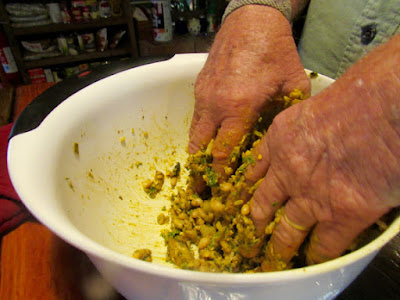 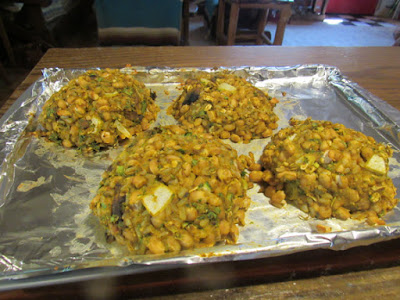 Forty minutes later, after cooking them for 30 minutes, Tony pulled his healthy creations out of the counter top oven. And I was glad that I had already washed and dried and put up all of the dishes and the utensils and ingredients that he had used to make his veggie burgers. 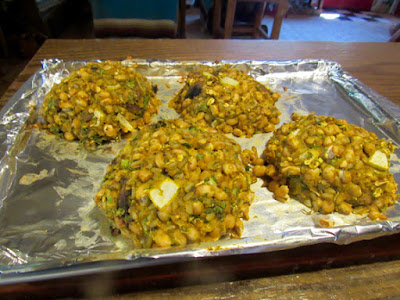 Then I took over and plated two of Tony's veggie burgers. Then I topped the Tony Burgers with homemade salsa and avocado and then I shot them, too. And his Tony burgers were absolutely delicious. And to say the least—Tony was so proud of his Tony Burgers. 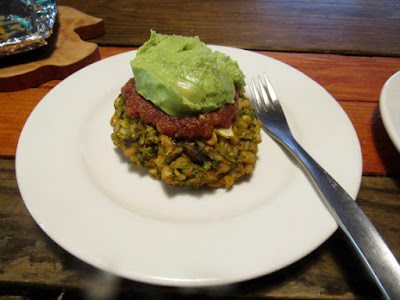 Y'all have a great evening and keep on laughing!
Posted by cousin nancy at 12:47 PM