Today has been great. After Tony and I did our morning chores outside, I decided to deep clean the kitchen and the big room and after Hazel and I had cleaned the rooms like never before—I got creative.

First, I found an old turquoise colored bandera of mine and cut it up and reupholstered the small, red bandera bed, that I keep my Yoda (Boston Terrier) sandicast on, to help tie it in with the rooster clock. It's on the sconce. 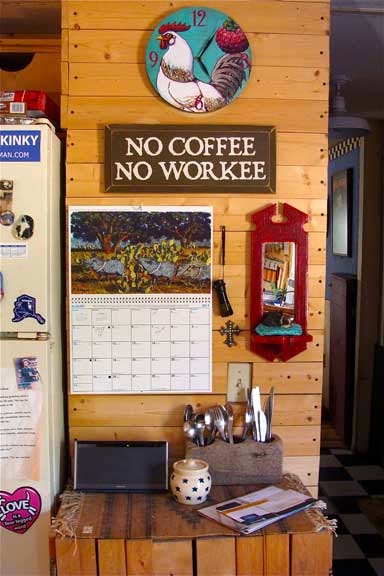 Then I decided to paint my old, faded, baby pink spice rack, near the stove. And yes, I painted it turquoise too, and I love it. Then I found the old SOAPS sign that I had made seven or eight years ago, for us and our friends, so I could  repaint the letters turquoise, red and blue. Then I rehung all of the other signs, in the kitchen, to make things balance. 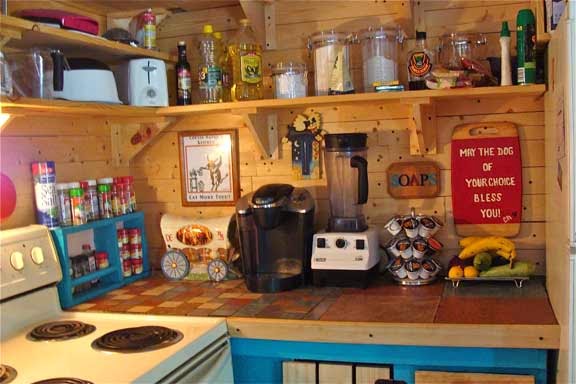 I was really on a roll and couldn't stop myself, so I went into my office and found my old, checkered flower pot with cherries painted on it, that I've had for over twenty years. And after I had cleaned it up—I planted some ivy in it and put it on the kitchen table, where it had originally been when I bought my trailer, back in 1995. Then I changed out my barn-red, cloth napkins with my red checkered napkins.

Then I cooked us a healthy, delicious vegetarian lunch. After I had cleaned up the kitchen and told Roy, Belle and Beau that I loved them—Kinky called me from New York City to check up on me, because he was concerned about how sad I was about losing Mama. We had a nice chat and I reassured him that I was going to be okay, even though my heart still hurts, because I miss my great, Great Pyrenees so much. "Kinky, every night, for over the past twelve years, I've always said, 'Come on, Mama. Let's go to bed, girlfriend.' And I haven't had much sleep either, because she's not here any more and....Oh, Fay might be coming to your show tonight."

"Great. Please let her know that I will also be doing a show, in Toronto, either Thursday or Friday...." 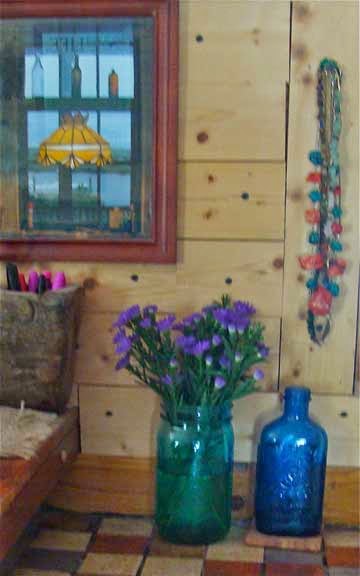 Then I took a short, sleepless nap with our three dog, that slept like logs. And that is about it for tonight, because I want to watch 60 Minutes, because they are going to do a piece on GoPro cameras, like the one I got for Tony's birthday. The golf tournament is still on, but should be over sooner than later, so I think I'll go pop some popcorn for Tony, our dogs and me, so we can eat it while watching 60 Minutes.

7:25 Update: The popcorn was delicious and the golf tournament is still on. I hope Phil Mickelson wins.
Posted by cousin nancy at 6:51 PM

Ian and I will be at Hugh's Room in Toronto on Friday to see Kinky. Can't wait! xo