Today has been great or at least most of it was. You see, late this afternoon I was planning on spending the rest of the day and evening writing. And that didn't happen and it did.

When Tony was going out the door to go to Medina, he said, "I talked to Chet and he is coming over to see us around 6:00."

I was thrilled about seeing our dear friend Chet O'Keefe, but in my excitement I decided to go ahead and cook our dog's breakfast—brown rice, carrots, kale and hot dogs, so I wouldn't have to do it later tonight after Chet left.

Well let me say that at my age, it is not good to get me excited, because I can get easily distracted. Thoughts were racing through my head: "I need to get Hazel and vacuum the floor—I need to clean the kitchen—I need to put pillows back on the bed, etc."

Now let me back up for a minute. Early this afternoon Tony and I went to the big H-E-B to get groceries, so I could make us some tortilla soup for a late lunch. I made the soup and it was absolutely delicious.

Okay, now back to the story. After eating lunch I decided to leave the soup, in the Instant Pot pot, so it would cool before I put it in baggies, so I could freeze it. 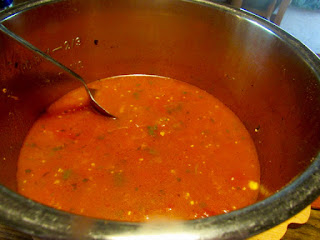 Well, in my haste, knowing but forgetting that the soup was cooling in the pot, on the kitchen island I measured out the brown rice—tossed it into the Instant Pot. Then I added four cups of water, put the lid on it and turned it on. And that is when I realized that I had put the ingredients directly into the Instant Pot—missing its pot, because it was on the kitchen island!

So, I immediately unplugged my Instant Pot and was wishing that Tony was here to help me.

At first, I decided to just throw away my Instant Pot machine, because I knew that it was ruined, because water and rice were leaking from the bottom of the Instant Pot. And that is when things got more than interesting.

Because I love my Instant Pot I did not want to throw it out, so I poured the rice and water out of the machine, into the sink. Then I turned it upside down to inspect the bottom.

The next thing I did was grab my power drill and removed the plastic bottom and inspected the Instant Pot's guts. And it was pretty, but was wet and full of uncooked brown rice.

And that was when I decided to take pictures, to document what I had done if I got electrocuted, so Tony, our four-leggers and the Police would know—"She died for her Instant Pot. She died cooking for her dogs..." Figuring that would be my epitaph even though I want to be cremated and not electrocuted. 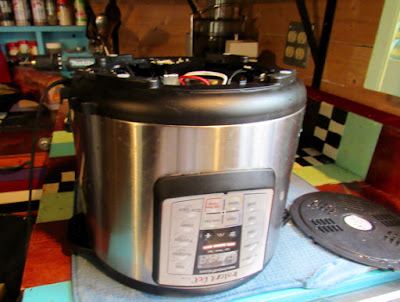 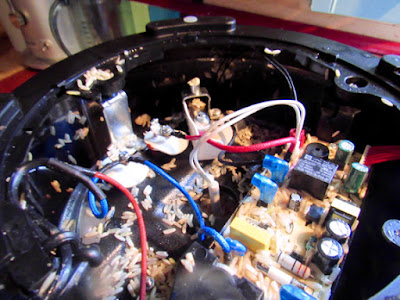 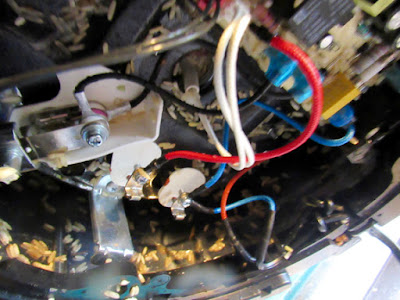 After I had shaken the Instant Pot nearly to death with a pile of brown rice in the kitchen sink, I decided to dry the insides of the machine. So I turned on my turbo floor fan and aimed it into the guts of the Instant Pot. 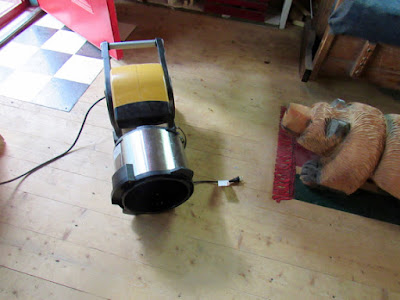 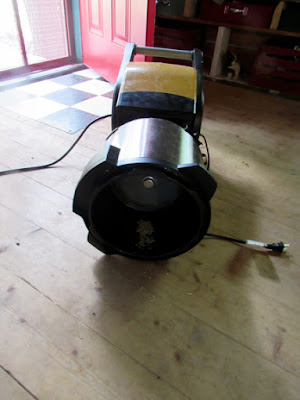 About twenty minutes of blow drying, I turned off the fan and inspected the Instant Pot insides. 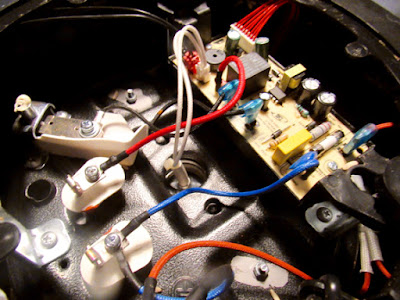 The fan had done its job. It had blown most of the rice out and it looked pretty dry, so the next thing I did was grab Hazel and vacuumed out the remainder of the dirty rice. 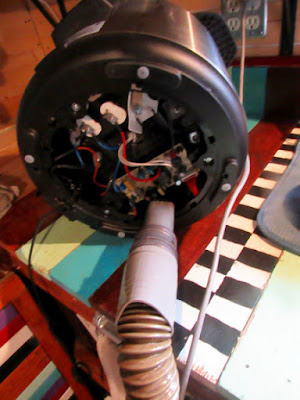 Then I decided to use my hair dryer to help make sure that it was as dry as possible. 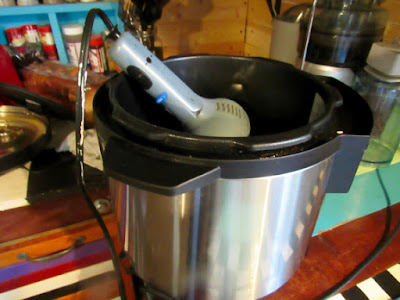 I then said a quick prayer thanking God for everything, as I poured the cooled-off soup into a gallon Baggie. 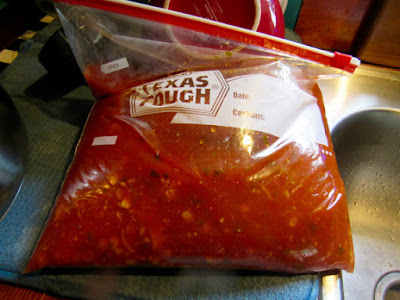 As I placed the soup bag into the freezer I also thanked God for Tony, my beautiful family, dogs, friends, etc.

Then I washed out the Instant Pot's pot and put it inside the machine and measured out 2 cups of brown rice and 4 cups of water. Then I secured the lid. But before I plugged it in, I went into the bathroom and removed my dentures, because the thought of having Tony find me with melted dentures was not how I wanted Tony and the dogs to remember me. And yes, it was a little vain.

Then I asked God to forgive me for being vain. Then I held my breath and plugged in the Instant Pot. The thing beeped like it always does, so I set the timer for 24 minutes and then walked away thanking God for not taking me today and keeping my Instant Pot alive. 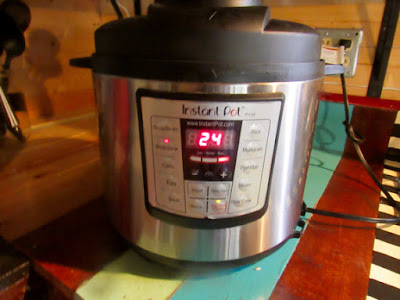 As I finish writing this, Chet should be here in just a few minutes and we cannot wait to see him. And knowing that the rice is cooked and not fried rice I plan to finish making the dog's breakfast while Chet is here.

P.S. I do not recommend doing what I did with my Instant Pot, because it really could be dangerous. And if this ever happens again, I am just going to throw it out and buy another one.
Posted by cousin nancy at 6:02 PM