The Traveling Coat! or What If!

Tony and I had so much fun with Chet last night. When he arrived here I asked him if he was hungry, so I warmed him up a bowl of tortilla soup and then we got to visiting.

During our visit he told us that he had bought a new, used van and then we went outside to see it and to help him unpack.

As I was admiring his van, I asked him, "Have you named it yet?"

And because I like naming things, I suggested, "Why don't you name it Ivan? I-van or iVan?" He and Tony laughed, but he did not commit. So we shall see.

After we unpacked Ivan he told us that he was flying to Norway tomorrow (today) for a ten day tour of Norway. Our dear friends Marita & Hans, in Bergen, Norway, had booked his tour, several months ago and Chet was looking forward to playing his music in Norway.

When I asked him about the weather over there, Chet told me that Marita had warned him that it was cold and she had advised him to bring a heavy jacket. "And I forgot to pack one," Chet told us.

Being the problem-solver that I am, I immediately suggested that he wear my "Jack Jacket." My beloved, comfortable, warm, canvas L.L. Bean ranch coat that Jack always wears in the awesome Canadian/Netflix series—Heartland. So Chet tried it on and it fit him perfectly. Here is a picture of Roy and me wearing my "Jack jacket" this past winter. 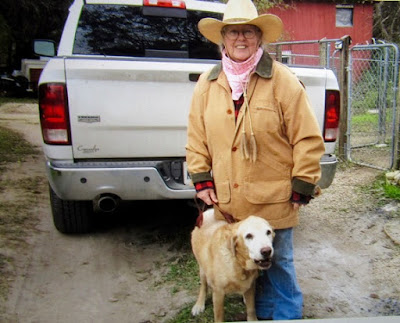 After I had wrapped up that problem, I started telling Chet about our mutual friend, Gerry Olert, giving me the awesome book It's A Long Story: My Life by Willie Nelson with David Ritz and that it has now become one of my all-time, top 5 favorite books. 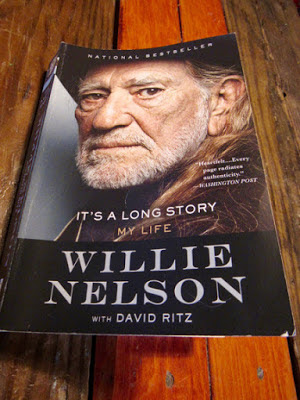 Then I handed Chet the book and I could tell that he was interested in reading it. So I gave it to him, because I knew he would love reading it and he could read it during his long, nine hour flight.

Today has been great. This morning after I cooked breakfast for Chet and Tony, Chet O'Keefe loaded up Ivan  and he took off for Austin, so he could fly out of there @ 4:00 today. And after we had adios-ed Chet and he and Ivan were gone, Tony asked me, "Nance, you love that coat. I never thought that you would loan it to anyone."

"I'm not worried about loaning it to Chet. Besides when he gets back I can tell/brag to everyone that my "Jack jacket" has been on many stages, in Norway. And it'll become known as The Traveling Coat. Like my traveling pants."

Then Tony said, "I can't believe that you gave Chet your Willie book. You told me that you loved that book so much—that you would never loan it out."

"Never say never. And yes, I did say that," I confessed. "But it is really no big deal, because last night before going to bed, I bought another copy of it on Amazon. It will be here tomorrow."

Early this afternoon Tony and I met our dear friends for our monthly luncheon, at El Bracero de Jalisco restaurant, in Kerrville.

We got there twenty minutes early, so while Tony sat outside, sitting on a bench in front of Bracero's, I went shopping next door, at the Hometown Craft store.

There were many items on sale that I wanted to purchase, but I controlled my temptations and I only bought a cute sign for the front porch.

Tony and I had a blast eating lunch with Kris & Jim and Les & Denise and the food was delicious, too. And during our fun lunch I showed everyone the sign I had bought and it made them all chuckle. Which is exactly why I bought this sign in the first place. Because I love to laugh and to also make people laugh. Here's the sign. 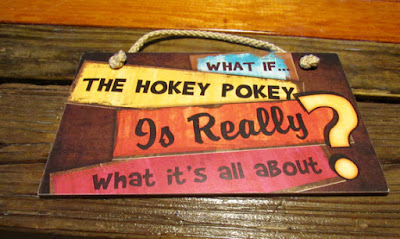 And I hope the sign made you smile or laugh, too. Anyway, as soon as we got back home I took this picture of the "What If" sign and then I went outside and hung it up. 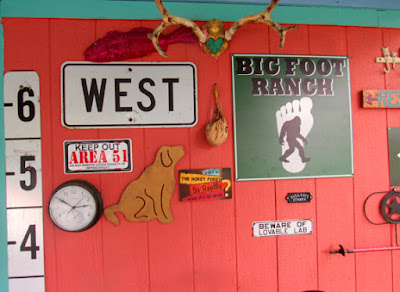 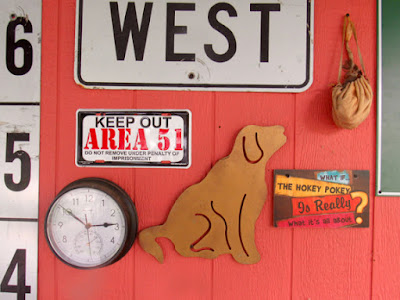 Y'all have a great evening and keep on laughing!
Posted by cousin nancy at 4:07 PM