Merry Christmas! Our Christmas has been more than great. This morning when I climbed out of bed Tony and Rick were already in the kitchen drinking coffee. Tony had already fed our house dogs and the two adorable puppy Pyrs.

While I drank a cup of coffee with them Tony told me some great news, "Garnet called earlier. Her cousin wants to adopt Ginger from us!...You need to call her back." After the exciting news about Ginger getting adopted, we started making plans for our rescued dog's Christmas dinner. Then we went into action.

Then Tony brought all of the food in for the rescued dog's holiday dinner and we started warming their dinner rolls, in the oven.

While the dinner rolls were browning, I filled up a big pot with mixed vegetables and then we poured the rest of the vegetables into a baking pan and put it into the oven to heat up the vegetables. 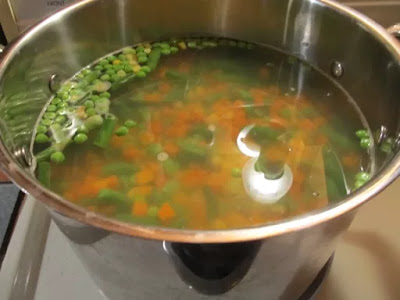 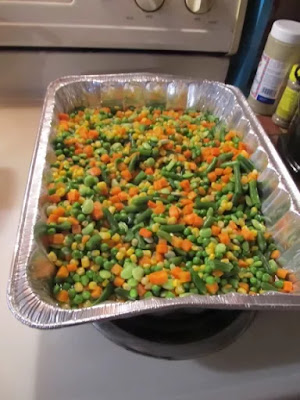 Then I took these pictures: 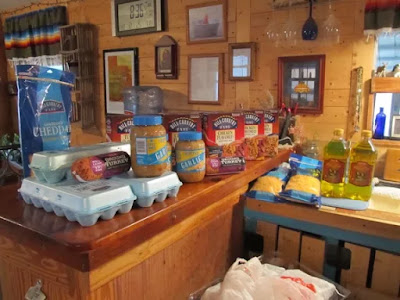 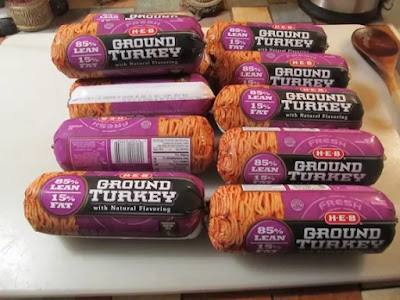 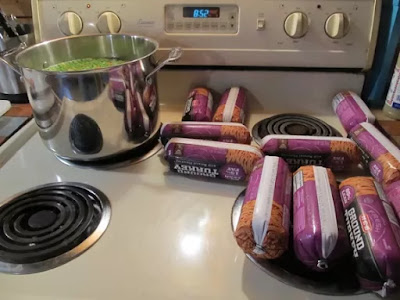 Then we started filling up the food buckets with dressing, olive oil, cheese, garlic and eggs, because in no time flat Kris & Jim would be arriving to help us. 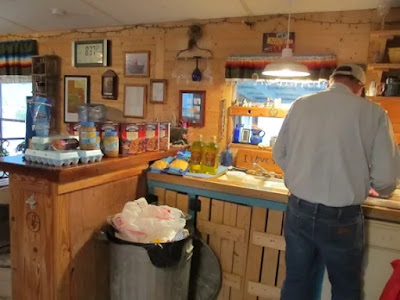 When Kris & Jim arrived they brought us some delicious Lofthouse Snickerdoodles to enjoy and after we thanked them Kris, Jim and I went into Outer Space to check on the cute puppies. And a few minutes later after Tony had mixed in the cooked vegetables and ground turkey, he came outside to announce, "The food is ready to serve. Let's go feed the dogs!"

It was a lot of fun feeding the dogs their annual Christmas dinner. While Kris & Jim took turns feeding the warmed dinner rolls I visited with them while Tony fed the anxiously awaiting dogs. And the good news is every dog licked his/her bowl clean.

Then all of us came back up to The Cabin for a really fun visit, while we ate up the rest of the delicious Snickerdoodles. And please note that not a crumb was left.

This afternoon, after a few back and forth telephone tags, I reached Garnet, so we could work out the logistics for Ginger's adoption. We decided it was best for Tony to drive Ginger to Luling, which is about halfway from Livingston, Texas, so he could safely deliver Ginger to her sweet cousin. Then we put Sandy, Garnet's sweet husband and Tony on the phone, so they could work out the details of where to meet, in Luling.

They decided to meet, at the Love's truck stop, on the east side of Luling, around 9:30 tomorrow morning, while I stay home and do the morning chores outside. Tony is going to leave here between 6:30 and 7:00, because first he has to get gas at the Old Timer and then planning to take the back roads instead of having to fight San Antonio's hectic I-10 traffic.

We are totally thrilled about Ginger getting adopted and knowing that she is going to live with Garnet & Sandy's cousin is just one more thing to make today a great Christmas for us.

So I am now fixin' to go prepare Ginger's adoption papers, so everything will be ready to go for Tony and Ginger, in the morning. Then Rick, Tony and I are going to watch a movie, before we call it a night and go to bed early, because tomorrow morning we are all going to get up bright and early, so Tony and Ginger can take off, then Rick can take off and I can stay home to do the morning chores outside. 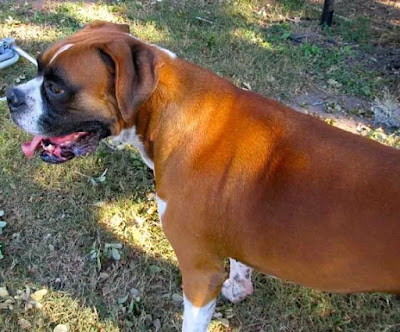 Y'all have a great evening!
Posted by cousin nancy at 4:37 PM

your puppy,grandma,got renamed to sassy, because...:)

just figured out sassy was short for sasquatch...& now it is grandma because she is a sassy gal:)