Today has been great, again. This morning our good friends, Ellen and Charlie Cooper came over for a visit and to give me two new cacti! "This one is called Resurrection Plant," Charlie said, as Tony and I admired it. "It is an amazing desert plant. It looks brown and dead, but it isn't. When it rains or you water it—it will change colors and turn green within forty-five minutes and stay that way until it uses up the water and then it turns brown and dead looking until it gets water." 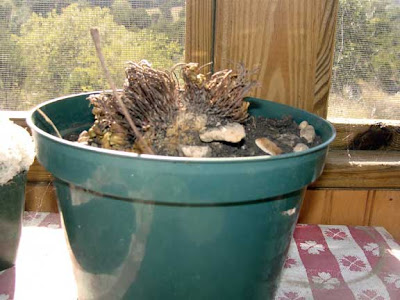 "This one is called a Hairy Cactus," Charlie continued.
"Why?" I asked.
"Because it looks like hair and feels like hair. Touch it." 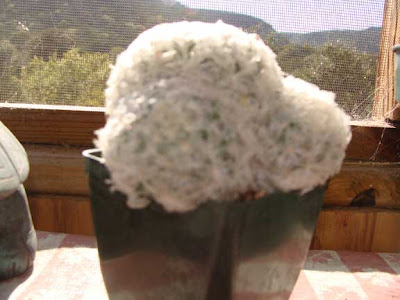 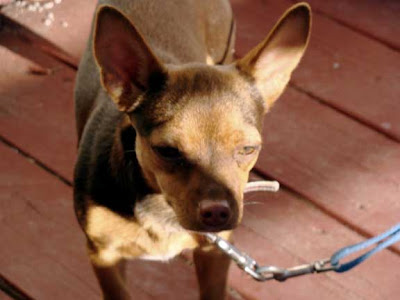 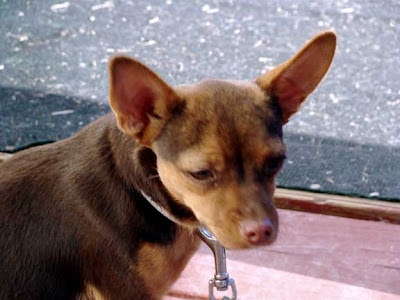 I have got to go make some "Found" posters for Tony to post tomorrow morning for Jane Dog. And my new birthday wish is to get this sweet, little dog back home on my birthday.
Y'all have a great evening!
Posted by cousin nancy at 8:42 PM

Nancy, just in case you don't blog on your birthday....Happy Birthday my beautiful friend! I hope you have a super day and all your dreams and wishes come true!
Kisses, hugs & tail wags,
Fay & Kris Kristofferson xo

Happy belated Birthday.Glad you had a great celebration. We enjoyd so much meeting you and Tony., Thanks for your great hospitality.Amazing how those Vikings are everywhere,so glad Rick told us about you. Good luck with your work. Loved your Spaceship."A typical Norwegian cabin"Hugs to you from a Viking.Anne-Lise ,Finn says hi to you guys.