Today has been great. Tony and I worked this morning and in a few hours it is back to work.

When Tony and I got home this morning, after hugging and kissing Roy Rogers, Beau Bridges, Henry Standing Bear, Big Al(ice) and Little Debbie I went outside to work on my writing cabin's door.

In no time flat, I finished the cabin's door and I love how it turned out, since I had re-purposed the blind's slats, that used to hang in the big window, in the big room.

After completing my door project, I cleaned up the cabin, even though it is not finished. I still have to insulate the ceiling and put up boards above the metal sheets and then trim it out.

Anyway, after cleaning my small 10'x12' Tuff Shed, I decided to take a picture of the door, so I could show it to y'all. Then I decided to go ahead and take a few pictures of the nearly finished cabin.

I ended up taking about ten pictures of the inside of the cabin and then I came inside and downloaded them into my laptop. When I viewed the photos is when I discovered their were orbs inside my cabin. It was totally awesome!

I was all excited to have the orbs inside the cabin, but the orbs were only present in the first two pictures that I took—the rest of the pictures had no orbs.

So I put the 2 photos showing the orbs side by side to look for any differences and yes, I found  many which means the orbs were moving about. Anyway, here are the 2 photos and I hope that you can find the differences in these pictures. 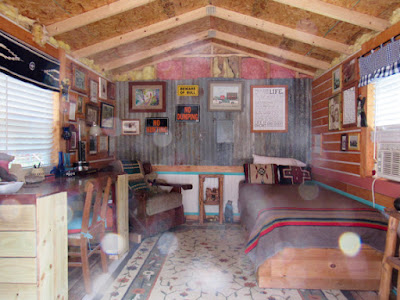 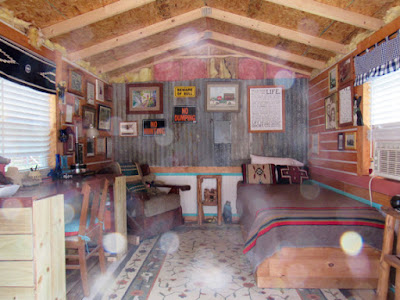 And here is the next picture that I took and the orbs are gone! So it is a mystery to me. 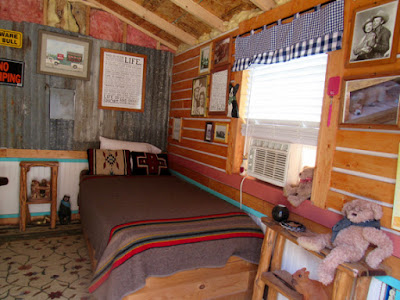 As I finish writing this I do want to show y'all the before and after pictures of the writing cabin's door and I hope that you like it. 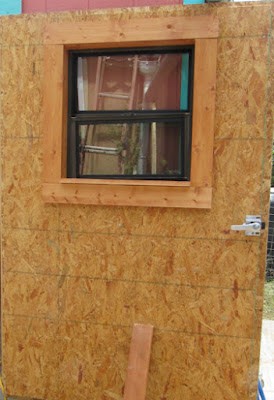 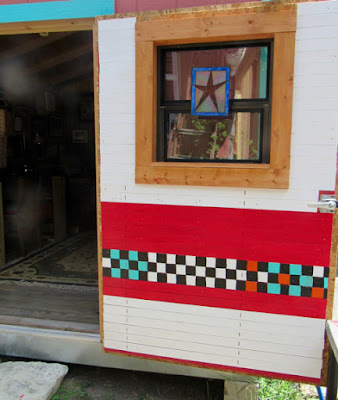 I just went outside, at 3:54, and took three pictures of the cabin and none of them had orbs.
Also, I went back and checked the time that I took those first two pictures that show the orbs—both were taken at 2:41—just a few seconds apart and I never used a flash or cleaned the camera lens. 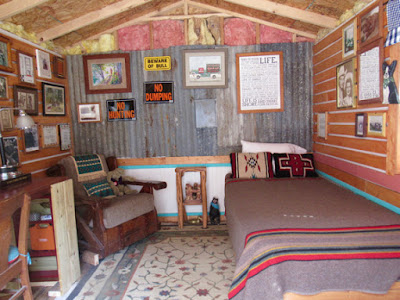